The British Library and Hay Festival have announced Chloe Aridjis and Daniel Saldaña Paris as the two winners of the 2020 Eccles Centre & Hay Festival Writer’s Award. 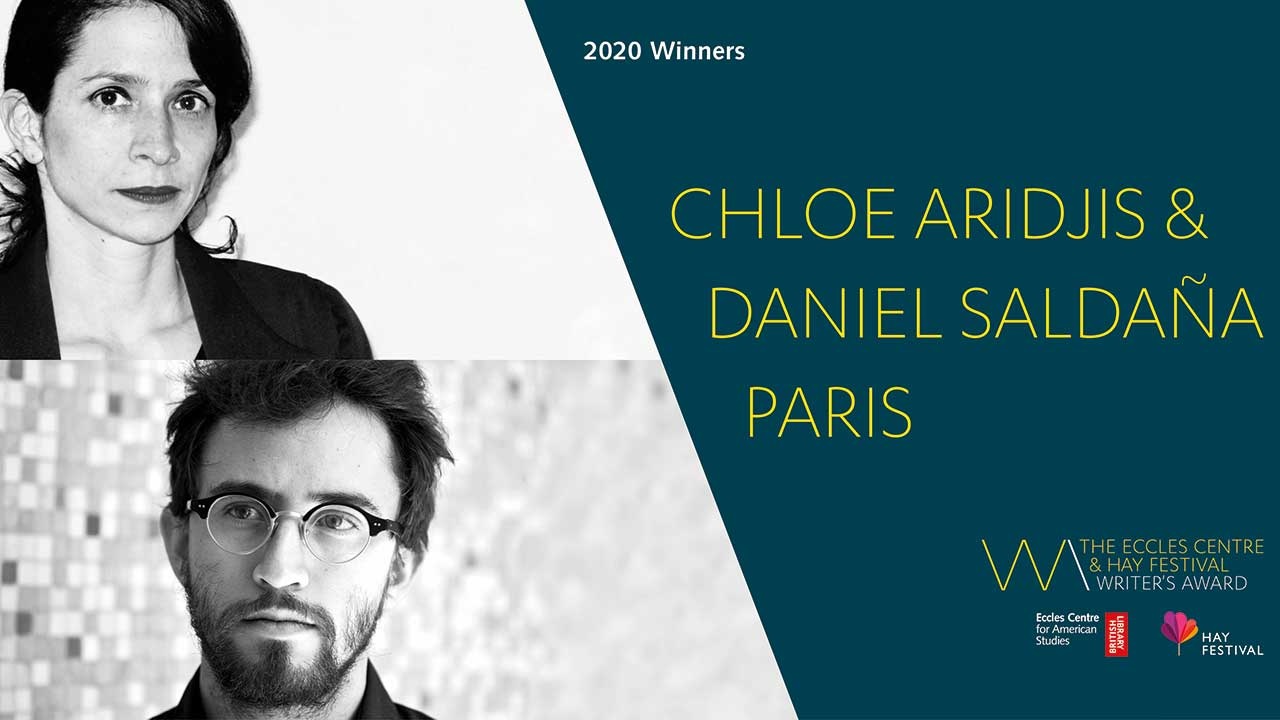 Both win £20,000, a year’s writing residency at the British Library, and for the first time, a dedicated platform at Hay Festival events worldwide.

Chloe Aridjis will write her novel Reports from the Land of the Bats, which explores the complex encounters between artistic, anthropological and local interests and is set in Mexico’s southernmost state of Chiapas.

“It was thrilling to choose Chloe Aridjis as a 2020 winner of the Writer's Award. Her fifth novel, Reports from the Land of the Bats, engages deeply not only with her own personal story but also with the stories threaded through Mexico's histories: indigenous, colonial, political. Aridjis's fascinating application showed her to be a writer truly coming into her own, and we were delighted to recognize her with this award” – Erica Wagner, Judge

Aridjis plans to map out her own Chiapanecan topography using material from the British Library including botanical manuals, political tracts, the dream chronicles of the Tzotzil Indians and early travelogues and accounts from the Conquest.

Daniel Saldaña Paris has won the prize for his proposed novel Principio de mediocridad, a story composed of four first person narrations, each an intense relationship with the history and geography of the city of Cuernavaca, Mexico.

“Daniel Saldaña Paris’ multi-voiced, multi-layered proposed novel set in the Mexican city of Cuenavaca has the ambition and originality we look for in our support of writers researching in the British Library collections.  This first Spanish-language winner is the exciting beginning of a collaboration that forges links across nations and languages in a time when this is more urgent than ever” – Catherine Eccles, Judge

Saldaña Paris will delve into the British Library’s collections to research the cultural history of landscapes and artistic movements in Latin America.

The eight-strong list featured writers from the UK, Colombia, Mexico, USA and Brazil and showcased a vibrant selection of global storytelling through both fiction and non-fiction.

Project: Fidel Castro: what is Castro's legacy? A book about the late Cuban leader.

Project: Reports from the Land of the Bats: set in Mexico’s southernmost state of Chiapas, the novel explores the complex encounters between artistic, anthropological and local interests.

Project: The Ones That Were There: artists, writers, politicians, intellectuals and activists. A book highlighting 15 Colombian women who lived during the 20th century.

‘Gloria Esquivel is a Colombian rising star who is focused on building bridges between gender issues and culture. Her proposal ties very well with feminist discussions taking place around the world.’ Cristina Fuentes La Roche, Judge

Project: Love in the time of - : An experimental novel about democracy and dictatorship, sisterhood and sexuality, drawing on the oral and literary traditions of Brazil and the UK.

Project: American Delirium. Artistic Vanguard and Political Radicalism in Latin America: a study of the evolution of culture and its influence on Latin American politics throughout the 20th century.

Project: Principio de mediocridad: a novel composed of four first person narrations, each an intense relationship with the history and geography of the city of Cuernavaca, Mexico.

Project: Year of the Crisis: a novel following the travails of one family over the course of a year, culminating in President Carter’s remarkable ‘crisis of confidence’ speech of 1979.

Project: Guest Is God, a psychological thriller set around American motel life in the 1990s.

Alongside Philip Hatfield, Head of the Eccles Centre for American Studies at the British Library, the shortlist was chosen by Erica Wagner, writer and former Writer’s Award winner for her book Chief Engineer: The Man Who Built the Brooklyn Bridge; Catherine Eccles, Editorial Director of Eccles-Fisher Associates; Mercedes Aguirre, Lead Curator of American collections at the British Library and Cristina Fuentes La Roche, International Director at Hay Festival.

What is the Writer’s Award?

The Writer’s Award was founded by the Eccles Centre for American Studies in 2012 to increase awareness and use of the British Library’s American collection (North, Central and South America, and the Caribbean) – one of the world’s foremost and the largest outside of the region.

It is the only literary prize to combine a substantial prize of £20,000 with a residency at one of the world's most prestigious libraries. Through unique access to the both the Library’s Americas collection and curatorial expertise, the Award inspires and facilitates the next great works of literature by supporting writers during the creative process.

Following a new partnership with Hay Festival – the not-for-profit event series with editions across the Americas – the Writer’s Award will reach more audiences than ever, and, for the first time, has welcomed submissions for writing projects in Spanish and languages indigenous to the Americas.

The Eccles Centre and Hay Festival are also collaborating to launch a dynamic new event series profiling winners at its festivals around the world in Colombia, Peru, Mexico and Wales. The Eccles Centre Series will see awardees join forces with celebrated writers and thinkers to explore themes central to the British Library’s Americas collections, championing new perspectives to audiences in the UK and Latin America.

The winners will hold the Writer’s Award for one year from 1 January 2020, receiving four quarterly grants of £5,000. For the first time from 2020, they will also have the opportunity to appear at future Hay Festival events to showcase and talk about their published work. The winner will also have the chance to work with the Eccles Centre to develop and facilitate activities and events related to their research. All shortlisted authors will be authors will be awarded £2,000 towards their research, which will be included in the prize fund for the winning writers.

A number of critically acclaimed books have been published with the support of the Writer’s Award including Olivia Laing’s The Lonely City: Adventures in the Art of Being Alone and The Invention of Nature: The Adventures of Alexander von Humboldt, the Lost Hero of Science by Andrea Wulf.

Writer Rachel Hewitt and novelist Sara Taylor. Hewitt is a Lecturer in Creative Writing, and author, Sara Taylor is a novelist as well as co-director and editor of creative-critical publisher Seam Editions.

Portrait of the award winners by Clara Molden. 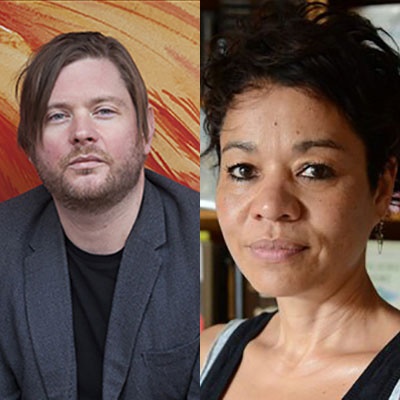 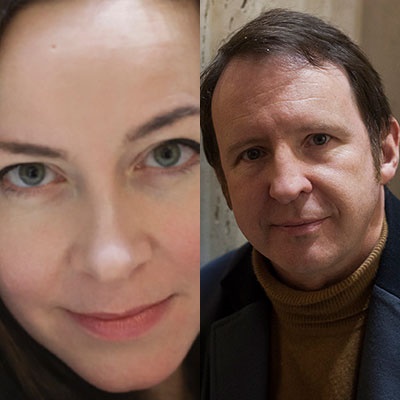 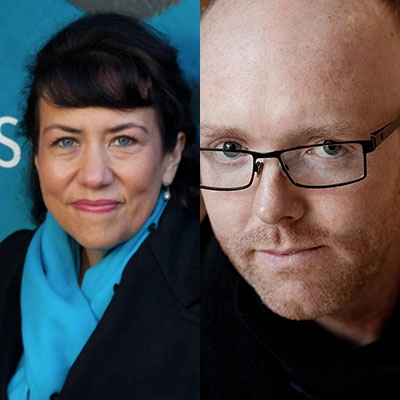 Author and editor William Atkins, and author Alison MacLeod. Atkins' The Immeasurable World: Journeys in Desert Places was published by Faber in 2018. 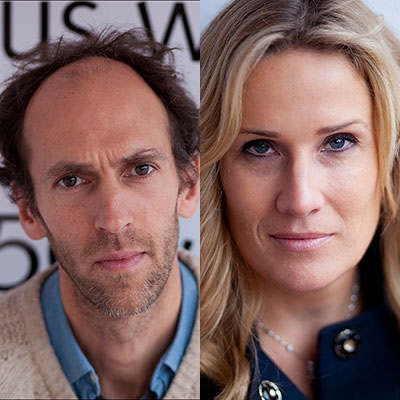 Professor Sarah Churchwell and novelist Benjamin Markovits. Markovits' novel A Weekend in New York was published by Faber in 2018. 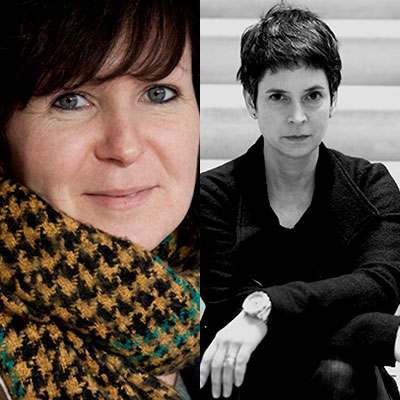 Critic and writer Olivia Laing and journalist Erica Wagner. Laing's book The Lonely City: Adventures in the Art of Being Alone was published by Picador in 2016 and was shortlisted for the Gordon Burn Prize. Wagner's Chief Engineer: The Man Who Built the Brooklyn Bridge was published in 2017 by Bloomsbury. 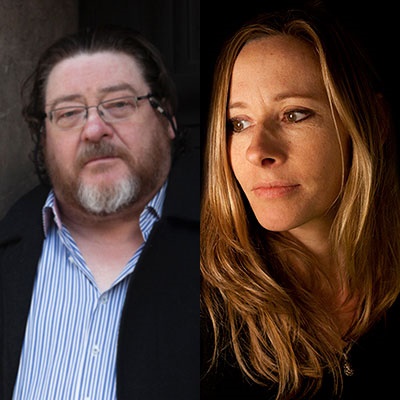 Historian Andrea Wulf and poet and novelist John Burnside. Wulf’s book The Invention of Nature: The Adventures of Alexander von Humboldt, the lost Hero of Science was published by John Murray in October 2015 and won the 2015 Costa Biography Award and 2016 Royal Society Science Book Prize. Burnside's novel Ashland and Vine was published by Jonathan Cape in 2017. 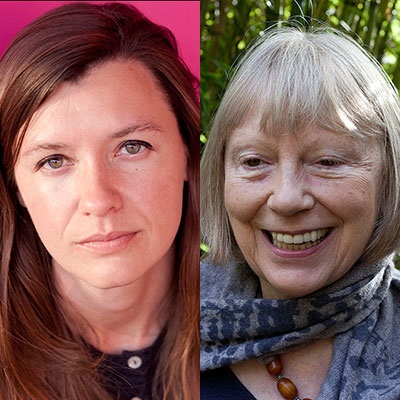 Writer Sheila Rowbotham and novelist Naomi Wood. During her 2012 residency, Wood researched her novel, Mrs Hemingway, which was published by Picador in 2014. Rowbotham's group biography Rebel Crossings: New Women, Free Lovers, and Radicals in Britain and the United States was published by Verso in 2016.

About the Eccles Centre

The Eccles Centre for American Studies was founded in 1991 to increase awareness and use of the British Library's extensive collections of books, manuscripts, journals, newspapers and sound recordings related to the United States, Canada and the Caribbean.

Housed within the British Library, the Centre works in collaboration with the Library's Americas curatorial team and external partners interested in the promotion of North American studies in the UK. The Centre runs a diverse events programme, funds research, offers training in the North American collections, and produces publications and digital exhibitions designed to introduce the quality and breadth of the collections.

Hay Festival is a not-for-profit organisation that brings readers and writers together to share stories and ideas in sustainable events around the world. The festivals inspire, examine and entertain, inviting participants to imagine the world as it is and as it might be.