To celebrate the Year of Mexico in the UK and the Year of the UK in Mexico in 2015, Hay Festival, the British Council and Conaculta joined forces to bring twenty young Mexican writers under the age of forty, paired with twenty British translators, to an international readership.

Broken families, a man in a birdcage, a lone swimmer – these stories betray a quest for the self when the feeling of loss pervades. These vibrant and moving narratives from modern Mexico add to the already vast literary tradition of their country with brave new styles. The writers capture an era of shifting boundaries and growing violence, where Mexico's rapid modernisation is often felt to be at the cost of its artistic heritage.
Price: £7.99
Back 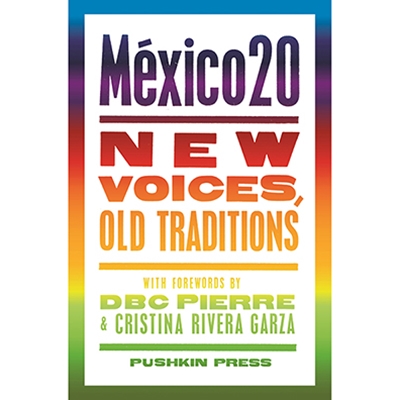