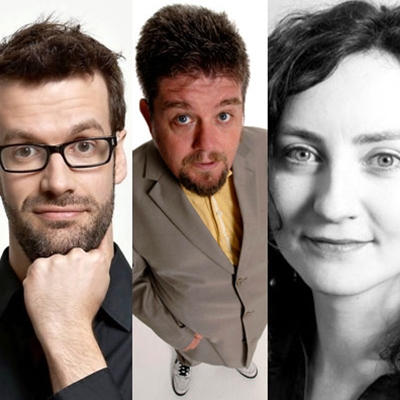 The Demon That Won’t Die

The historian examines the persistence of Anti-Semitism in the contemporary world. Schama’s latest project is the book and documentary series The Story of the Jews. Volume 2 – When Words Fail will be published in November.

Professor Robert Crawford’s biography Young Eliot traces the life of one of the C20th’s most important poets from his childhood in the ragtime city of St Louis up to the publication of his most famous poem The Waste Land. He discusses Eliot’s relationship with the London Library, as one of its former Presidents, and the relationship between poets and libraries in the wider context. The event opens with a reading of Eliot’s poems by actress Miranda Richardson.

In association with The London Library 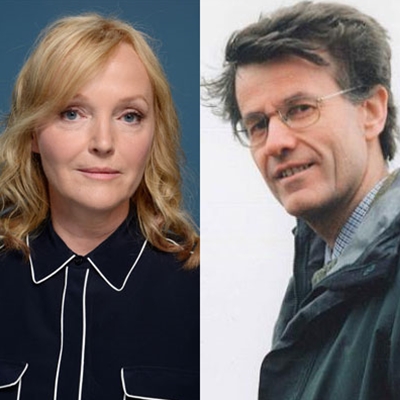 On a moonlit night in April 1944 a small band of fearless partisans, led by the British SOE agent Patrick Leigh Fermor, kidnapped a high-ranking Nazi general on the German-occupied island of Crete. Stroud is the author of The Phantom Army of Alamein: The Men Who Hoodwinked Rommel and The Book of the Moon. Chaired by Con Coughlin. Read more
Author of Claude and 2014 World Book Day illustrator Alex T Smith has been called the ‘boy wonder of children’s book illustration’. Join Alex as he draws his favourite characters and introduces a new picture book, Little Red and the Very Hungry Lion, a funny new spin on a well-known fairytale. Hear how Alex gets inspiration for his hilarious characters (he might even ask for your suggestions) and learn Top Secret illustrator tips, including how to draw Claude himself.
5+ years
This event has taken place Read more
Monkeys, bears, socks and mud! Nick Cope sings about everything children are really interested in. The former indie-rocker frontman of The Candyskins, Nick brings his own brand of acoustic folk-rock to the world of children’s music, creating interactive concerts for families. Come and join in.
3+ years
Entry to this event is free but you must reserve a ticket.
This event has taken place Read more
Pamela will share the brilliantly bonkers world of Izzy in a lively session based on her book The Spy Who Loved School Dinners, winner of the Blue Peter Best Story Award. The latest in the series is My Headteacher is a Vampire Rat.
7+ years
This event has taken place
This event is available on Hay Player Myth and storytelling open up the imaginative mind. In this session participants will take part in reading chosen texts and will then draw scenes inspired by them, with props and models used to aid us. With particular reference to William Morris and his belief in the connection between storytelling and making. The star, screenwriter and producer of the television drama discuss the stories and period of Jennifer Worth’s best-selling books with Virginia Nicholson. After seizing power in a coup d’état, Napoleon Bonaparte ended the corruption and incompetence into which the Revolution had descended. In a series of dazzling battles he reinvented the art of warfare; in peace, he completely remade the laws of France, modernised her systems of education and administration, and presided over a flourishing of the beautiful Empire Style in the arts. The impossibility of defeating his most persistent enemy, Great Britain, led him to make draining and ultimately fatal expeditions into Spain and Russia, where half a million Frenchmen died and his Empire began to unravel. 2015 marks the bicentenary of the Battle of Waterloo. Chaired by Geordie Greig, editor of The Mail on Sunday. Still Lives: Death, Desire, and the Portrait of the Old Master

He was one of the biggest international art stars of his time; but being Michelangelo was no easy thing. He was stalked by fans, lauded and lambasted by critics, and depicted in unauthorised portraits. Still Lives traces the process by which artists such as Michelangelo, Dürer, and Titian became early modern celebrities. Loh teaches art history at University College, London, and is also author of Titian Remade: Repetition and the Transformation of Early Modern Italian Art. Cambridge University Series 20: China’s D-Day: The Ichigo Offensive of 1944 and the Future of Asia

In 1944, at the same time that the Germans faced defeat after defeat, the Japanese launched their largest land operation of the entire war. Involving 500,000 soldiers and fighting over a 1,500 km front, the Japanese cut through Chinese defences. The consequences were fatal for Chiang Kaishek’s Nationalists and they laid the basis for the rise to power of Mao Zedong’s Communists. Using battle reports, memoirs, and the writings of popular intellectuals at the time, the Professor of Modern Chinese History analyses the campaigns, and their consequences for China and for international relations. Fictions – The Woman Who Stole My Life

Keyes’ stunning new novel The Woman Who Stole My Life is about losing the life you had and finding a better one. Her international bestselling novels include Rachel’s Holiday, Last Chance Saloon, Sushi for Beginners, Angels, The Other Side of the Story, Anybody Out There, This Charming Man, The Brightest Star in the Sky and The Mystery of Mercy Close. Chaired by Rosie Goldsmith. Read more
Attack of the Giant Sea Spiders is the second in the gloriously daft series The Adventures of the Steampunk Pirates by Blue Peter Award-winner, Gareth P Jones. Dropping anchor in Hay with his trusty ukulele, his musty accordion and his rusty cutlass, Gareth gives us an event like no other. Prepare for clashing cutlasses, rowdy readings, raucous sea shanties, and other such shenanigans. Piratical attire optional.
6+ years
This event has taken place
This event is available on Hay Player 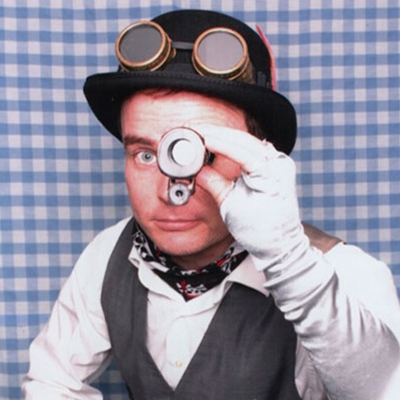 Read more
Join children’s author Mary Evans for a fun, anarchic and downright daft introduction to story writing. Using a host of ingredients, a dollop of imagination and a side helping of silliness, you can learn a basic recipe that will enable anyone to write a story. That’s right. Anyone. Especially you. Back by popular demand, Story Stew helps you to write stories that leave a great taste in the imagination.
7+ years
This event has taken place
This event is available on Hay Player Lynn Bowles brings all the flavours of the festival live, with good music, a sprinkling of celebrity sparkle and much, much more. The adventurer launches his thriller, in which his hero is sent deep into the Amazon jungle on the hunt for a WW2 secret. Grylls’ recent non-fiction includes True Grit, Extreme Food and Your Life – Train For It. He talks to Clemency Burton-Hill.