Sophocles stands as one of the greatest dramatists of all time, and one of the most influential on artists and thinkers over the centuries. Taplin has translated the four great tragedies in which he portrays the extremes of human suffering and emotion. Oedipus the King follows Oedipus, the “man of sorrow”, who has unwittingly chosen to enact his prophesied course by murdering his father and marrying his mother. In Aias, the great warrior confronts the harrowing humiliation inflicted upon him, while Philoctetes sees a once-noble hero nursing his resentment after ten years of marooned isolation. In Oedipus at Colonus the blind Oedipus, who has wandered far and wide as a beggar, finally meets his mysterious death. The great classicist, Oliver Taplin discusses the plays with Tim Whitmarsh, AG Leventis Professor of Greek Culture at Cambridge University.

The Royal Society Platform: The Next Big Things

From brain imaging and epigenetics to galaxy formation and astronomy, three Royal Society Research Fellows discuss their work at the forefront of science with author and broadcaster Gabrielle Walker.

The Black Prince of Florence: The Spectacular Life and Treacherous World of Alessandro de Medici

From dazzling palaces and Tuscan villas to the treacherous backstreets of Florence and the corridors of papal power, the story of Alessandro’s spectacular rise, magnificent reign and violent demise takes us deep beneath the surface of power in Renaissance Italy – a glamorous but deadly realm of spies, betrayal and vendetta, illicit sex and fabulous displays of wealth, where the colour of one’s skin meant little but the strength of one’s allegiances meant everything. Chaired by Peter Florence. 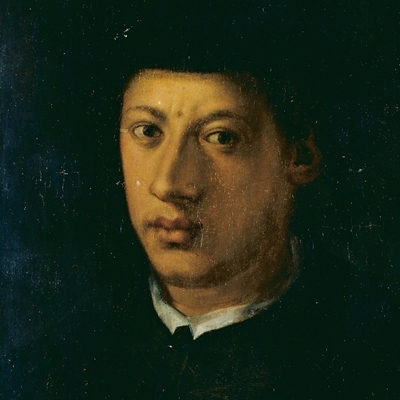 Four Thought is a series of exciting and often provocative personal talks in which speakers explain new thinking about the big trends and questions in culture and society. 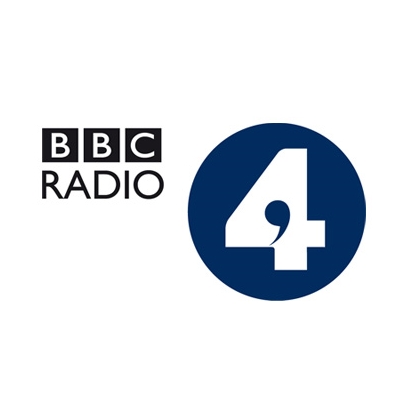 Arts Council of Wales International Writers Series, 9
This event has taken place
This event is available on Hay Player 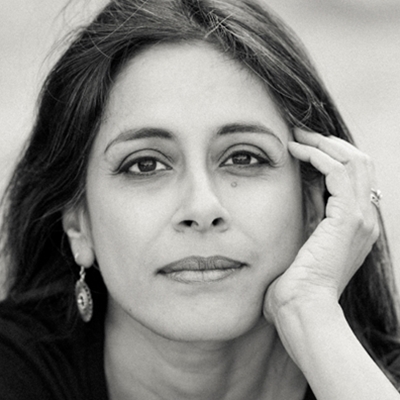 Miriam was on a plane that was hijacked in the Middle East when she was 15 and flying without her parents, and Jon survived the 2004 Boxing Day tsunami in the Indian Ocean. Join them for a discussion on turning fact into fiction.

The film director discusses and shows clips from his new movie Florence, which stars Meryl Streep as the tone-deaf singer Florence Foster Jenkins and Hugh Grant as her husband. Frears’ films include My Beautiful Laundrette, Dirty Pretty Things, The Queen, and Philomena.

The Silo Effect: Why Putting Everything in its Place Isn’t Such a Bright Idea

Ever since civilised society began, we have felt the need to classify, categorise and specialise. It can make things more efficient, and help give the leaders of any organisation a sense of confidence that they have the right people focusing on the right tasks. But it can also be catastrophic, leading to tunnel vision and tribalism. Most importantly it can create a structural fog, with the full picture of where an organisation is heading hidden from view.  Tett uses an anthropological lens to explore how individuals, teams and whole organisations often work in silos of thought, process and product. With examples drawn from a range of fascinating areas – from the New York Fire Department and Facebook to the Bank of England and Sony – these narratives illustrate not just how foolishly people can behave when they are mastered by silos but also how the brightest institutions and individuals can master them. Tett is US Managing Editor of the FT.

A reading and conversation with the winner of the 2015 T S Eliot Prize. There is a Chinese proverb that says: “It is more profitable to raise geese than daughters.” But geese, like daughters, know the obligation to return home. In her exquisite first collection, Sarah Howe explores a dual heritage, journeying back to Hong Kong in search of her roots. With extraordinary range and power, the poems build into a meditation on hybridity, intermarriage and love – what meaning we find in the world, in art, and in each other. Crossing the bounds of time, race and language, this is an enthralling exploration of self and place, of migration and inheritance, and introduces an unmistakable new voice in British poetry. Chaired by Owen Sheers. 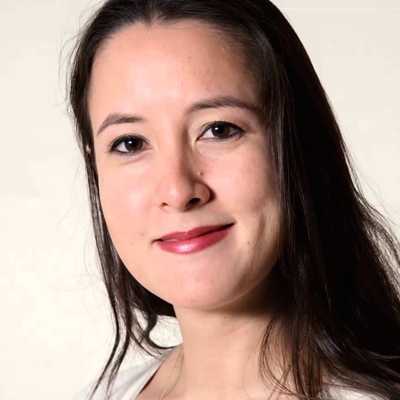 For 50 years, and from research labs to Cape Canaveral, from Space agencies to Downing Street, Fred Taylor has been at the forefront of the technological adventure of the Space Age. Instruments and experiments he helped imagine and build have travelled into Deep Space and surveyed the Solar System. He is now Halley Professor of Physics Emeritus at Oxford.

CBBC’s Got What It Takes

Lauren Platt hosts a conversation with the production and cast of the popular new CBBC programme Got What it Takes, which follows eight teen singers as they are guided through the highs and lows of the music industry, and there's a twist... their Mums are the judges! Come and hear the behind-the-scenes stories of the hilarious Mum challenges and see a special live performance from Paddy! 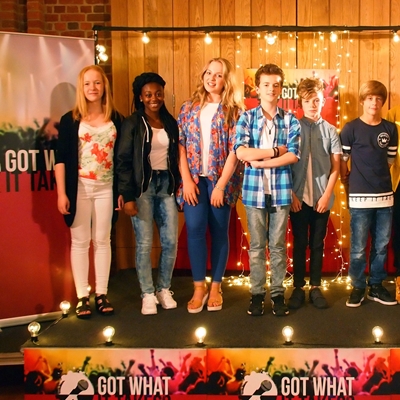 Two of the world’s most brilliant and imaginative novelists talk about time and story. Sjon’s new novel, Moonstone, The Boy Who Never Was is set in his native Iceland in 1918 and conjures the profound change that the Spanish ’Flu epidemic visits upon Reykjavik and 16-year-old film-dreamer Máni Steinn. Mitchell’s latest fictions are Slade House and The Bone Clocks.

Sponsored by Savage and Gray

40 Years of Advances: how research has changed the face of cancer prevention, detection and treatment

Unprecedented scientific and technological advances over the past 40 years have helped double the rate of cancer survival. Our expert panel will analyse some of the pivotal discoveries and research projects that have shaped our understanding of cancer and led to revolutionary new treatments. Find out what today’s lab work could mean for future generations. Chaired by Gabrielle Walker.

In association with Cancer Research UK 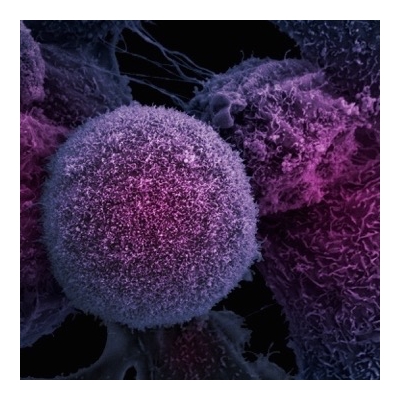 YouTube sensation Caspar Lee and his mum Emily Riordan Lee discuss the power of social media and life at the heart of it, including details about their now-famous mother/son relationship. Join them in conversation with the Hay Festival Director.

The Newsweek Debate: Is this the most unusual American Presidential election in history?

Just a year ago, the US Presidential race looked set to be a dull affair, dominated by two political dynasties – another Bush versus another Clinton. Now, the stage is set for one of the most unusual, and unsettling, electoral battles in American history. After Obama’s campaign of hope, we have Donald Trump’s scaremongering bid to become the Republican nominee, and Hillary Clinton’s scandal-tinged final stab at the Democratic nomination. Is this really the best that the nation that calls itself the ‘world’s greatest democracy’ can do? And if the answer is yes, is it time to start looking for an alternative political system better suited to the social media age? Newsweek will dissect the chain of events that has led us here and speculate on what the future might hold for the next Commander in Chief. Joining Digital Editor, Serena Kutchinsky, will be Larry Sanders, the academic and Green Party Health Spokesperson, who is the older brother of the US Senator and Democratic presidential candidate Bernie Sanders; Sarah Churchwell,Professor of the Public Understanding of the Humanities and Professorial Fellow in American Literature, IES School of Advanced Study, University of London, Harvard Professor and author of Kissinger, Niall Ferguson, and Jan Halper Hayes, the Worldwide Vice President and Chairman UK of Republicans Overseas.

In association with Newsweek 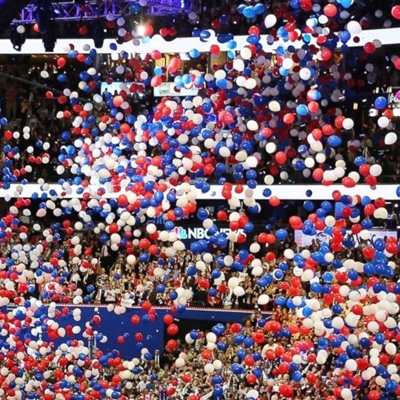 The Gap of Time

The charismatic writer has extraordinary stage presence and power. She performs and reads her work with passion and brio. She presents an ambitious retelling of one of Shakespeare’s late plays, and her retelling moves from London, a city reeling after the 2008 financial crash, to a storm-ravaged city in the US called New Bohemia. “All of us have talismanic texts that we have carried around and that carry us around. I have worked with The Winter’s Tale in many disguises for many years... And I love cover versions”.

How Did We Get Into This Mess?

Monbiot is one of the most vocal and eloquent critics of the current consensus; a vital, countervailing voice. He assesses the devastation of the natural world, the crisis of inequality, the corporate takeover of nature, our obsessions with growth and profit and the decline of the political debate over what to do. He asks: how do we stand up to the powerful when they seem to have all the weapons? And: what can we do to prepare our children for an uncertain future? 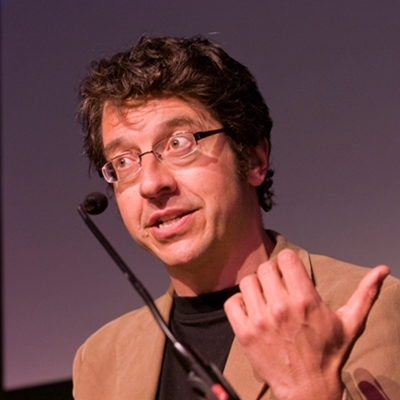 The Oxford Companion To Wine

Now revised for its fourth edition, Jancis Robinson’s wine book has achieved legendary status, winning every major wine writing award, because it’s properly authoritative and utterly captivating. She talks about and tastes a selection of wines provided by Tanners of Hereford.

Cambridge Series 19: Are Your Genes to Blame When Your Jeans Don’t Fit?

We become fat because we eat too much. Why some eat more than others, however, is powerfully genetically controlled. The Director of Genomics/Transcriptomics at Cambridge explores some of these genes and observes: “Many genes have been identified that increase our risk of becoming obese and most of these function in the brain to influence food intake. Obese people find it hard to lose weight not because they are bad and lazy, but because they are fighting their biology.”

After a hedonistic decade in London that has descended into alcoholism, Amy returns to her native Orkney, where her childhood was shaped by the cycle of the seasons, birth and death on the farm, and her father’s mental illness. Spending early mornings swimming in the bracingly cold sea, the days tracking Orkney’s wildlife – puffins nesting on sea stacks, arctic terns swooping close enough to feel their wings – and nights searching the sky for the Merry Dancers, Amy slowly makes the journey towards recovery from addiction. The Outrun is shortlisted for the Wellcome Book Prize. 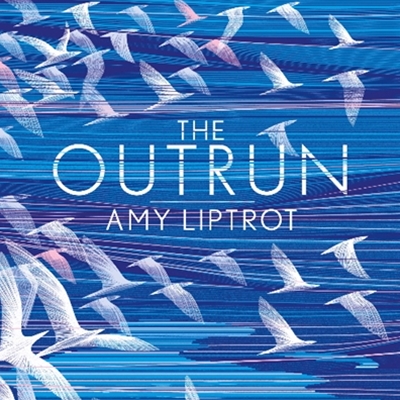