Read more
Following their 2019 sell-out In Harmony tour, two of the world's greatest classical voices launch the Hay 2020 concert programme on the opening night, performing songs from their new album, Back In Harmony.

The evening will feature a wealth of well-loved hymns, arias, and popular songs – ranging from a rousing Funiculi, Funicula to a peaceful The Lord is My Shepherd. Aled and Russell have embraced the festival spirit of collaboration and friendship, whilst each bringing their own sky-high level of talent to the table to create this beautiful record. As two of the classical world’s vocal powerhouses, with countless prestigious awards, record-breaking sales and chart successes, this perfect pairing will delight dedicated fans and new audiences alike.

“Their live show proves just how brilliant this duo is.” Broadway World
There will be an interval during this event.
There are a limited number of tickets at £45 for the first three rows available only until 10 February.
Hay Festival Wales 2020 is cancelled
Please log in to add this event to your wish list so we can notify you in case of further availability 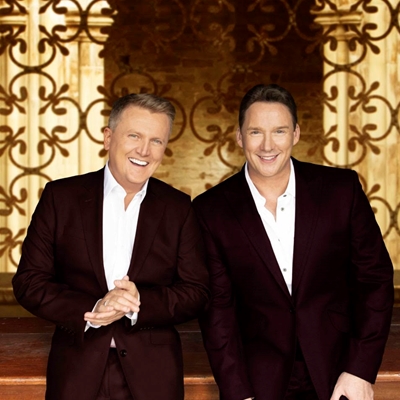 Aldous Harding performs songs from across three studio albums, joined by her band.

Aldous Harding is a rare artist who defies conventions and categorisation, creating lush, off-kilter indie pop. Shapeshifting vocals transform with every track, tilting and changing mood and atmosphere, while delicate guitars and soft percussion add a shimmering intensity. Live, Aldous Harding is an intense performer, a mesmerising and theatrical presence, that captivates her audience. 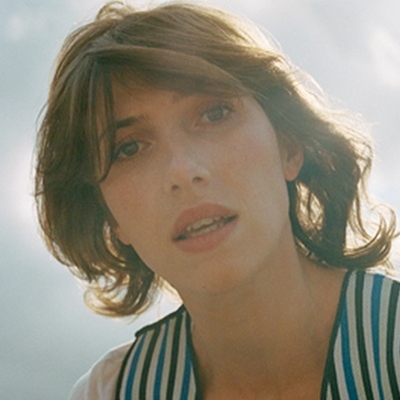 The Truth Will Set You Free, But First It Will Piss You Off

The writer shares her Thoughts on Life, Love and Rebellion with the founder of The Everyday Sexism Project. For decades, people around the world have found guidance, humour and unity in Gloria Steinem's gift for creating quotes that offer hope and inspire action. From her early days as a journalist and feminist activist, Steinem's words have helped generations to empower themselves and work together. 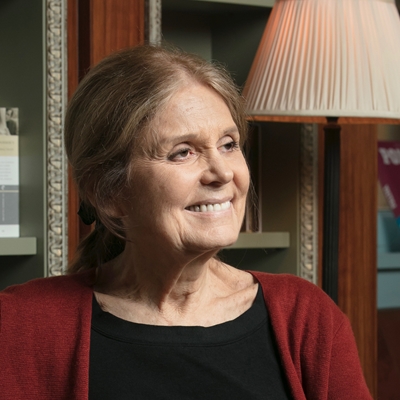 The writer reflects on the current state and future of journalism.  Hirsch has worked for Sky News, The Guardian and LBC, and holds the Wallis Annenberg chair in Journalism and Communication at the University of Southern California. She is the author of Brit(ish): On Race, Identity and Belonging and the children’s book Equal to Everything: Judge Brenda and the Supreme Court. Chaired by Oliver Bullough, author of Moneyland. 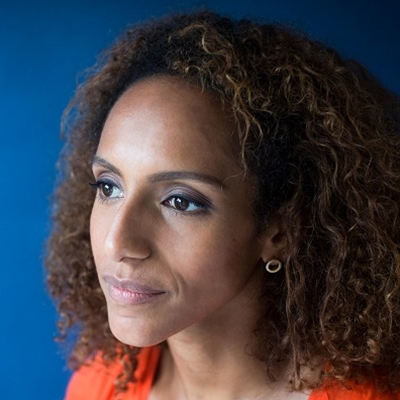 The bestselling author of Wild Swans, Mao and Empress Dowager Cixi presents Big Sister, Little Sister, Red Sister, her brilliantly researched and evocative account of the lives of the Soong sisters, who were at the very centre of Chinese history for a tumultuous century.

Red Sister, Ching-ling, married the ‘Father of China’, Sun Yat-sen, and rose to be Mao’s vice-chair.

Big Sister, Ei-ling, became Chiang’s unofficial main adviser – and made herself one of China’s richest women.

All three sisters enjoyed tremendous privilege and glory, but also endured constant mortal danger. They showed great courage and experienced passionate love, as well as despair and heartbreak. They remained close emotionally, even when they embraced opposing political camps and Ching-ling dedicated herself to destroying her two sisters’ worlds.

Big Sister, Little Sister, Red Sister is a gripping story of love, war, intrigue, bravery, glamour and betrayal, which takes us on a sweeping journey from Canton to Hawaii to New York, from exiles’ quarters in Japan and Berlin to secret meeting rooms in Moscow, and from the compounds of the Communist elite in Beijing to the corridors of power in democratic Taiwan. In a group biography that is by turns intimate and epic, Jung Chang reveals the lives of three extraordinary women who helped shape twentieth-century China.

Amadou & Mariam with the Blind Boys of Alabama

From Bamako to Birmingham

This is a sensational double bill where the great ambassadors of Malian music Amadou & Mariam join forces with the Blind Boys of Alabama, the living legends of gospel music.

It was on a festival bill that they first met the Blind Boys of Alabama and forged a friendship that has led to a worldwide tour together. The Blind Boys have won multiple Grammy awards with their remarkable interpretations of everything from traditional gospel favourites to contemporary spiritual material by songwriters such as Eric Clapton, Prince and Tom Waits.

In Association with Leonard Cheshire. The international pan-disabilty charity. 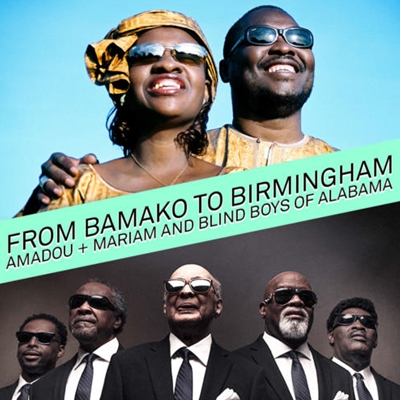 The novelist gives this year’s lecture about art and politics. Her books include Hotel World, How to be Both, Other Stories and Other Stories and The Accidental.  Summer, the final book in her masterpiece, Seasonal Quartet will be published in July.

The Founders Lecture is given in the names of Rhoda and Norman Florence. 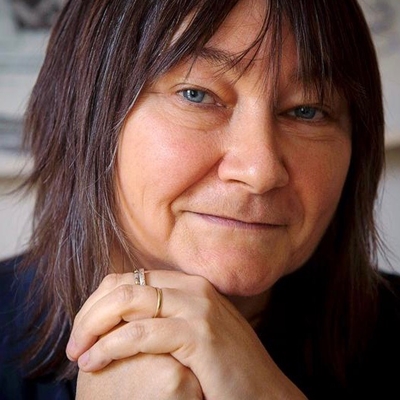 The Dutch superstar brings her jazz/electro-swing band to Hay. Caro has become an international’s superstar with her iconic singles A Night Like This and Back It Up and the albums Deleted Scenes From The Cutting Room Floor and The Shocking Miss Emerald. The new show, which features Latin as one of the main musical influences, includes new songs like ‘Wake Up Romeo’, the big hits like ‘Liquid Lunch’ and ‘That Man’.

The live performance is not to be missed – as The Daily Telegraph noted: “Caro Emerald had everyone in the palm of her hand’’ and her “infectious sense of fun and vintage charm can be relied on to lift the spirits”.

The actor and author of Mythos and Heroes previews the final part of his Greek trilogy, the story told in Homer’s Iliad. 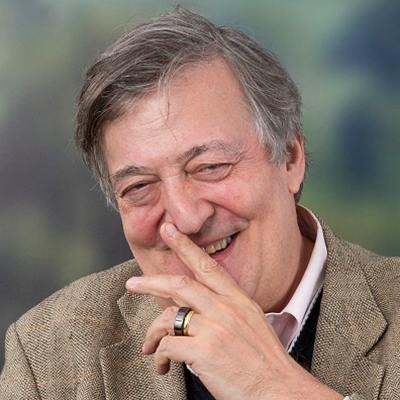 Less than 20% of wikipedia biographical entries are about women. The Danish comedian brings her new stand-up show to Hay in which she’ll be rewriting history from a female perspective, redressing some pretty extreme imbalance. 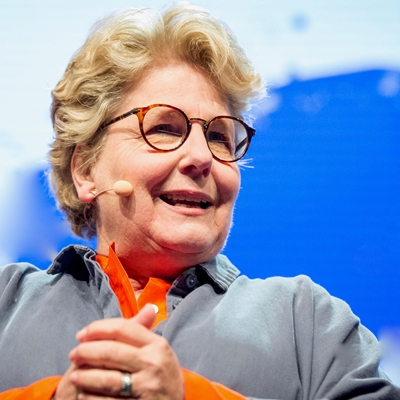 The Mirror and the Light

The novelist discusses the concluding book in her Thomas Cromwell trilogy. Both Wolf Hall and Bring Up the Bodies won the Booker Prize.

Mantel’s 2012 Hay conversation about Bring Up The Bodies is on Hay Player here. 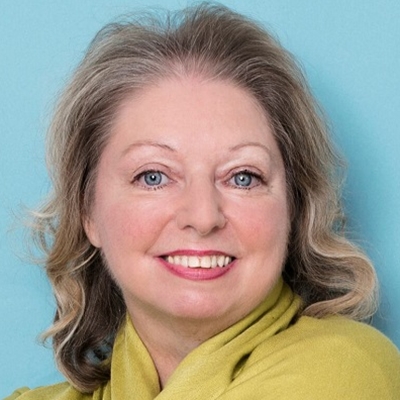 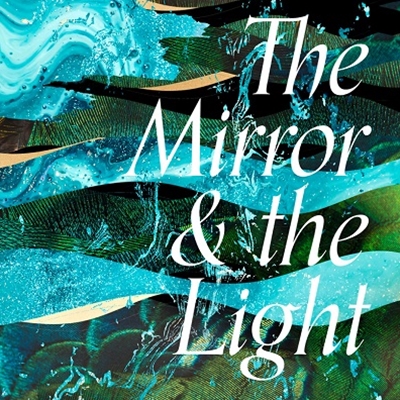 Please join actors, writers and musicians in a celebration of love, freedom and hope. The full cast will be announced on the day. 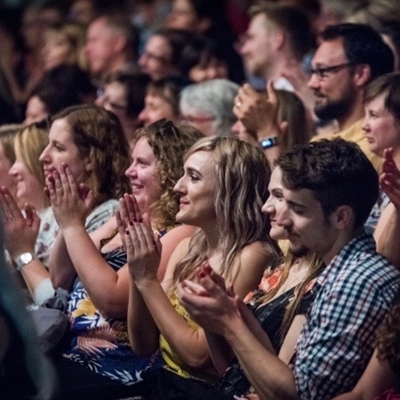 Of all the stars in Folk Music’s wondrous firmament few shine as brightly as Yorkshire’s Kate Rusby.

A remarkable interpretive singer, Kate’s soulful vocals resonate with the wistful beauty of an earthbound angel. Inhabiting a lyric with unforced conviction – no matter how old or how modern – she has that rare ability to transport her audience, of touching them emotionally and making each tune live vividly within their experience and imagination.

Audiences are sure to be thoroughly entertained by Kate’s choice of much-loved classics from her back catalogue stretching over her two decades of music making together with a selection of fresh new songs from her new album release date 17th May 2019.

As ever, she will be joined on stage by the cream of British folk musicians who form her band. These virtuoso artists are sure to delight you with their exceptional talents.

The crossover appeal Kate enjoys is unprecedented for a folk singer and has been achieved without resort to compromise. Rusby’s wondrous singing and hugely engaging Yorkshire wit and the intuitive support of the band ensure that audiences will be treated to a truly remarkable and unforgettable concert experience.

‘Everybody loves and respects Kate Rusby, not just for her lovely voice, but for the way she has moved folk forward while remaining true to tradition…’ – Sunday Times 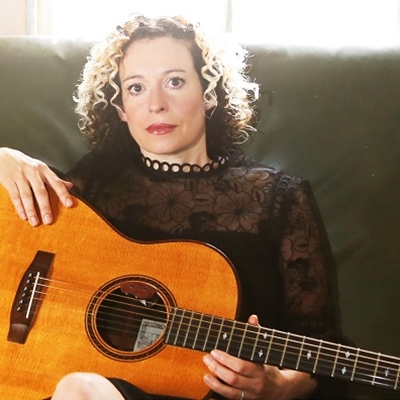 Live at Hay: Conversation and Concert

Join Van Morrison, along with some very special guests for an evening of words and music to celebrate the Faber release of the second volume of selected lyrics, Keep ‘Er Lit.

Following the success of Morrison’s first collection; Lit Up Inside, the evening will delve into Van Morrison’s catalogue exploring love songs, work songs, songs about the pain and anxieties of existence, songs of consolation, songs about various kinds of spiritual quest and the realms of the mystical, and songs that deal with healing and reconciliation, both with the self and with others. 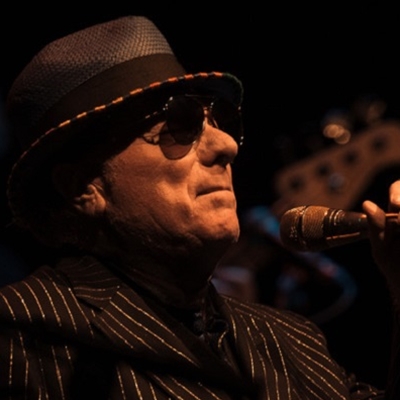