THE BEGINNING OF THE AND, a Hay Festival exclusive

This film was made to be shown only once, on Monday 25 May at 6.30pm.  It will not be held on Hayplayer or repeated on crowdcast.

A meditation on continuance, by Ali Smith, filmwork by Sarah Wood.

Sarah Wood works with the found object, particularly the still and moving image, as an act of reclamation and re-interrogation. She works mainly with the documentary image to interrogate the relationship between the narrating of history and individual memory. Recently she's been focussing on the meaning of the archive, in particular the politics of memory, asking not only why some objects are preserved while others are ignored but also why preservation is made at certain historical moments. Wood also works with artists’ film as a curator. With Selina Robertson she co-founded Club des Femmes, a positive female space for the re-examination of ideas through art. 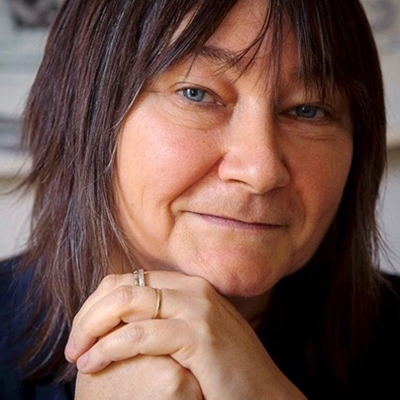