The graphic novel has become an established form of artistic expression, as much as literature itself, and the award-winning Spanish illustrator and cartoonist, Paco Roca, is one of the form’s most outstanding artists at the present time. His body of work includes around 30 graphic books, published in over ten countries. His most recent graphic novel, written together with the US expert on Spain, Robert Coale, is Los surcos del azar (2021), which looks at the role of Spain during the Second World War. It is told from the point of view of Miguel Ruiz, a Spanish republican in exile in France. He will talk about this extraordinary work with Felipe Rosete. 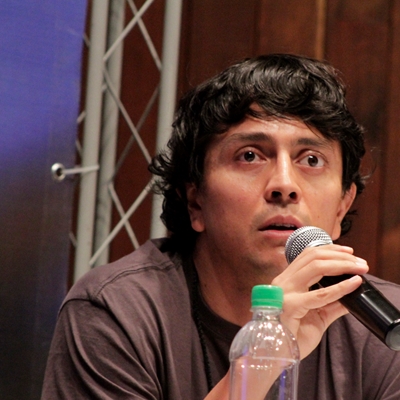 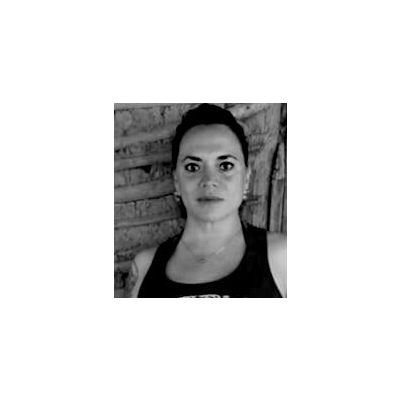 Cositas y Duna workshop. An imaginative adventure around our planet

Cositas is a character created by the endearing Alma Gómez, who has been playing with children though tv for more than 30 years, and is now on social media. Gina Jaramillo is an art historian, coordinator of cultural projects and author of children’s books such as El sueño de Andrés (2019) and Cositas y Duna. Una aventura por la tierra (2021). This last book is an exploration of our planet’s diverse ecosystems and a look at some of the wonderful creatures that live in them. Alma and Gina will share the stories of this fabulous book, accompanied by a craft workshop that will give free rein to our imagination.

For children aged 5 to 8

Sold out
This event is available on Hay Player Santiago Díez coordinates the Graphics Department of the Queretaro Centre for Emerging Art, a space that promotes the creation of artistic and cultural projects in the city. At this event, Santiago will teach the use of stencils, something essential for making street art as well as offering a medium for art in small formats as a form of expression for children and young people.

Sold out
This event is available on Hay Player