Elizabeth and Mary take us through a new booklet on many of the smaller churches and chapels local to Hay-on-Wye. In its foreword Simon Jenkins describes them as ‘among the loveliest in Britain’. They house superb rood screens, magnificent fonts, a water-powered organ, a rare monolithic stone preaching cross and the only parish Dead House in Wales. 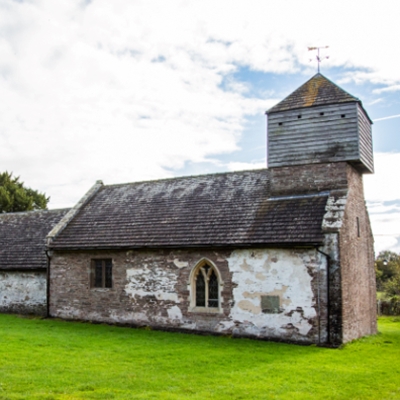 The Anglo-Saxons: A History of the Beginnings of England

Sixteen hundred years ago Britain left the Roman Empire and swiftly fell into ruin. Into this violent and unstable world came foreign invaders from across the sea, and established themselves as its new masters. In his sweeping and original history, renowned historian Marc Morris separates the truth from the legend and tells the extraordinary story of how the foundations of England were laid. 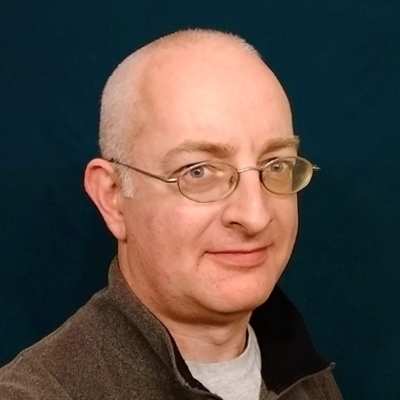 Back in the Day

Melvyn Bragg revisits and reflects on his life from childhood to adulthood in the Cumbrian market town of Wigton, from the early years alone with his mother while his father fought in the war to the moment he left the town. It’s the tale of a working-class boy who grew up in a pub and expected to leave school at 15; who happily roamed the streets and raided orchards with his friends yet had a chronic breakdown when he was 13, forcing him to find new survival strategies; who was deeply embedded in a close-knit community, and experiencing the joys of first love, yet also found himself drawn to a mentor keen to steer him towards the challenge of an Oxford scholarship.

It’s equally the tale of the place that formed him and a compelling and poignant recreation of a vanished era: an elegy for a community-spirited northern town with its factories and churches and chapels steeped in the old ways, but on the cusp of rapid post-war change; and a celebration of the glorious Lakeland landscapes which inspired Bragg from an early age. This love letter to his home town and the people who shaped him is imbued with all the luminous wonder of those indelible early memories which nurtured his future life as a writer, broadcaster, and champion of the arts.

Sponsored by The British Academy 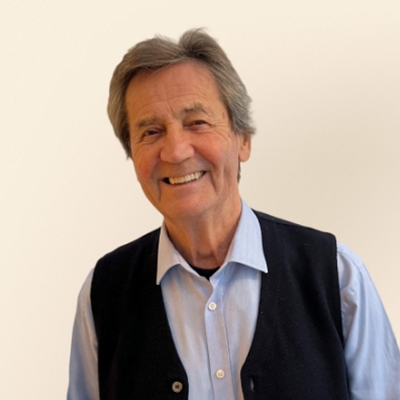 Global conservation efforts are failing to halt the current rate of extinction. As wildlife declines, conservation needs to make trade-offs, but what should we conserve and why? What do we want the ‘natural world’ to look like? And how close are we to forgetting what we’re about to lose?

In Tickets for the Ark ecologist Rebecca Nesbit questions our preferences for some species over others, and challenges our assumptions that native is always better than invasive, and ‘wild’ is always superior to human-altered. She gives ethics a central role in considering nature.

Millennial science communicator Sophie Pavelle’s Forget Me Not: Finding the Forgotten Species of Climate-change Britain is a clarion call, following rare native species on the front lines of the climate and biodiversity crises. They discuss the environmental crisis and the urgent, passionate attention needed from us all. In conversation with Pete Myers, Environmental Investor and Campaigner. 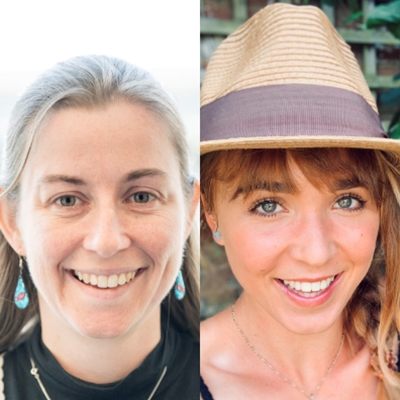 The British Monarchy, one of the most iconic and enduring institutions in the world, has weathered the storms of rebellion, revolution and war that brought many of Europe’s royal families to an abrupt and bloody end. Its unique survival owes much to the fact that, for all its ancient traditions and protocol, the royal family has proved remarkably responsive to change, evolving to reflect the times. But for much of its history, it also spearheaded seismic change, shaping our religious, political and cultural identity and establishing the British monarchy as the envy of the world.

There has never been a more apposite moment to consider the history of this extraordinary survivor. Within the next decade, there is likely to be a change of monarch, sparking renewed global interest on a scale not seen since Elizabeth II’s coronation in 1953. Crown & Sceptre looks back at the history and evolution of the monarchy from 1066 to the present day.

Tracy Borman is a leading historian and Joint Chief Curator at Historic Royal Palaces. She is a regular presenter on the History Channel and Channel 5, and frequently speaks on BBC Radio 4. 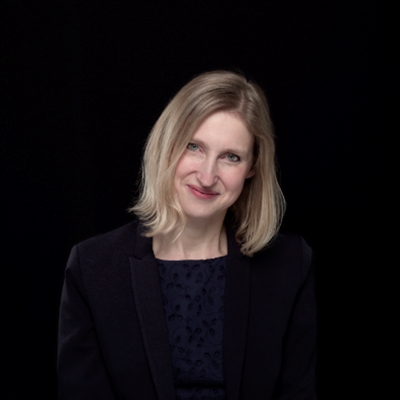 S4C@40: The Past, Present and Future of the Welsh Language Television Channel

In 2022, S4C – the Welsh language television channel – is 40. A discussion on the past, present and future of the channel, from the dramatic campaigns that led to its establishment to its present-day form as a multiplatform broadcaster with an international reach. In the company of S4C Chief Executive Siân Doyle, prominent figures from the worlds of broadcasting and politics trace the challenges and successes of four decades, while interrogating the role and function of a minority language broadcaster in a globalised world. Cenwyn Edwards is Former Head of Factual Programmes at HTV and Former Head of Factual and Co-Productions at S4C; Siân Gwenllian AS/MS is a Member of the Senedd and Journalist; Angharad Mair is Chair of Tinopolis Cymru. ​Chaired by Sioned Wiliam, Comedy Commissioner for Radio 4 (2015 - 2022). 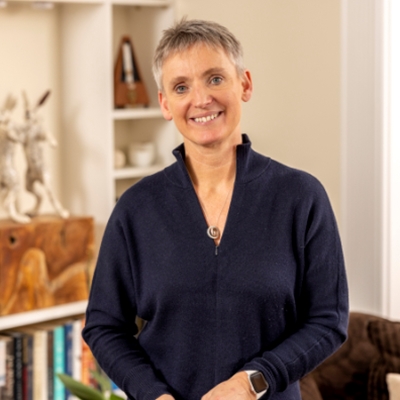 Marking the Platinum Jubilee of Queen Elizabeth II, Tina Brown takes us behind the Palace walls. The former editor of Vanity Fair and author of The Diana Chronicles tells in The Palace Papers the real story of the Royal Family, exploring Prince Charles’ determination to make Camilla his wife, the ascendance of the resolute Kate Middleton, the disturbing allegations surrounding Prince Andrew and Harry and Meghan’s decision to step back as senior Royals. With nuanced details and searing insight, Brown changes how we perceive and understand the Royal Family, in conversation with historian, writer and documentarian Simon Schama. 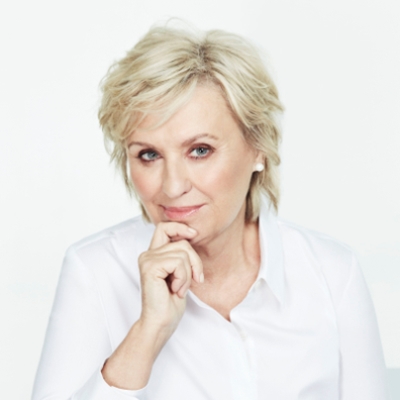 Funerary rituals show us what people thought about mortality, loss and what came next. From Roman cremations and graveside feasts to deviant burials with heads rearranged, from richly furnished Anglo-Saxon graves to the first Christian burial grounds in Wales, they provide an alternative history of the first millennium in Britain. Alice Roberts combines archaeological finds with DNA research and written history to shed fresh light on how people lived: by examining the stories of the dead.

Roberts has been a Professor of Public Engagement with Science at the University of Birmingham since 2012 and specialises in human anatomy, physiology, evolution, archaeology and history. She is presenter of TV’s Digging for Britain. 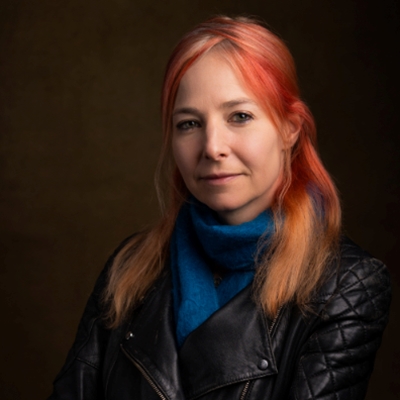 Helena Lee, features director of Harper’s Bazaar and founder/editor of East Side Voices, talks to Whitbread Prize-winning author Tash Aw about questions of identity and the experience of the East and Southeast Asian diaspora in Britain. Lee founded East Side Voices in 2020 to draw attention to the talents and skills of people with East and Southeast Asian heritage. Tash Aw has written four novels, including We, the Survivors, and a family memoir, Strangers on a Pier. 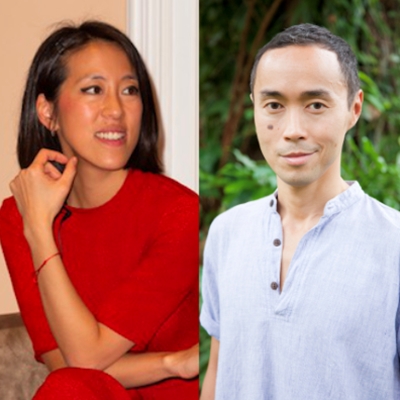