We invite you to browse the programme of the seventh edition of the Hay Festival Queretaro, to be celebrated from 1-4 of September 2022. This year, we return with in person activities in the Hay Joven, Hay Festivalito, and Hay Delegaciones sections, and for the first time we present talks in the municipalities of Bernal, Corregidora, and Tequisquiapan.

Carlos Granés (Colombia) is an essayist, with a doctorate in Social Anthropology from the Complutense University of Madrid. He will talk to Juan Carlos Pérez about his new book, Delirio americano: Una historia cultural y política de América Latina (2021). In an arc that takes us from the death of José Martí to the death of Fidel Castro, Delirio americano analyses a great variety of the cultural, political and ideological currents that have contributed to the invention of modern Latin America, from modernism and the Americanist avant-garde to political and cultural guerrilla wars, in order to end up by examining the most immediate present and the unexpected form in which the politics and culture of Latin America have influenced the entire world. In conversation with Juan Carlos Pérez. 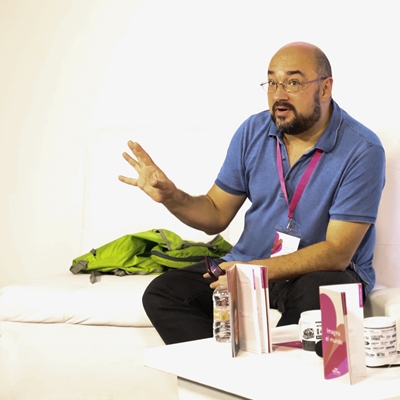