The theory and practice of effort

Two gold medals and four silver medals at the Paralympic Games underline the successful sporting career of the blind skier Jon Santacana, to which must be added seven gold, seven silver and three bronze medals at the World Championships. Seventeen years of success for a sportsman who never accepted the limits of his disability. And Limitless is, aptly, the title of the documentary that Daniel Fernández-Cañadas made about his career and that of his guide and companion in this sporting adventure, the skier Miguel Galindo. The documentary, which speaks of triumph over adversity, effort and sportsmanship and of things which go unseen, but are ultimately vital, will be screened at the Hay Festival in the presence of its protagonists.

After the screening of the documentary, Jon Santacana and Miguel Galindo will talk about their dazzling sporting careers and the director of the documentary, about this work, which he began filming in his head three years before starting work, when he heard about the exploits of these elite sportspeople. 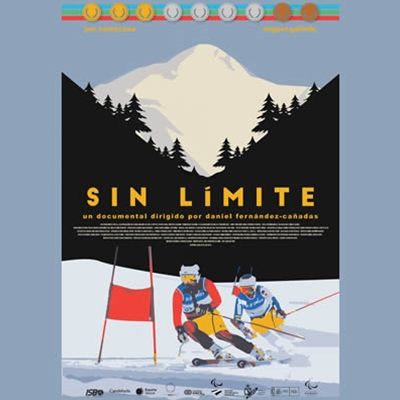