China’s Unfinished Revolution – the challenges that confront the looming superpower after its leadership transition. Chaired by Nik Gowing.

An interview with the razor king of Scottish crime fiction as his modern classic Laidlaw books are republished by Canongate.

A bold and radical look at a world obsessed with economic growth at the expense of quality of life – and what we can do to change. Environmental author and campaigner Saci Lloyd talks to New Economics Foundation fellow Andrew Simms.

Acclaimed storyteller Daniel Morden will bring the Greek myths to life and draw you into the world of Midas, Orpheus, Demeter and Persephone and more.

Guy Parker-Rees’ exuberant illustrations have made him a bestseller. You’ll recognise his work from the worldwide hit, Giraffes Can’t Dance, a World Book Day book for 2013. Join the fun!

The Josephine Hart Poetry Hour; The Poetry Of The Great War

Actors read Josephine’s programme featuring the work of Owen, Yeats, Sassoon and many others. Introduced by Francine Stock.

The new novel from the author of Slumdog Millionaire. As Sapna Sinha leaves the electronics store in downtown Delhi on her lunch-break one day, she is approached by a man who claims to be CEO of one of India’s biggest companies. He tells her he is looking for an heir for his business empire. And that he has decided it should be her. There are just seven tests she must pass. And then the biggest lottery ticket of all time will be hers.

Crime: How To Solve It, And Why So Much Of What We’re Told Is Wrong

The broadcaster who established the Jill Dando Institute of Crime Science at UCL challenges all the assumptions about crime and the causes of crime.

The story of the Cavendish family and the first eight Dukes of Devonshire is the story of England. From 1381, when Sir John Cavendish, Lord Chief Justice of England, was killed during the Peasant’s Revolt, to 1906, when the Duke of Devonshire’s resignation brought down the Tory government, the family’s fortunes and misfortunes mirrored the life of the nation.

The Robber Of Memories: A River Journey Through Colombia

Running through the heart of Colombia is a river emblematic of the fascination and tragedy of South America, the Magdalena, considered by some the most dangerous place in the world. Jacobs is captured by the FARC, has a chance encounter with Gabriel García Márquez and is brought to reflect on memory and identity, and the nature of mystery.

Europe: The Struggle For Supremacy, 1453 To The Present

The story of Europe’s constantly shifting geopolitics and the peculiar circumstances that have made it both so impossible to dominate, and also so dynamic and ferocious. It is the story of a group of highly competitive and mutually suspicious dynasties, but also of a continent uniquely prone to interference from ‘semi-detached’ elements, such as Russia, the Ottoman Empire, Britain and (just as centrally to Simms’ argument) the United States. chaired by Jonathan Derbyshire.

In association with Prospect Magazine

Every five minutes a child runs away. Every year sees around 100,000 under-16-year-old kids on UK streets. A huge percentage of homeless adults were once runaways. The Big Issue founder discusses with children's author Kate Maryon and The Railway Children’s Head of UK policy.

Read more
The singer and guitarist introduces her celebratory journey exploring the songs, lullabies and ballads that have been part of family life for centuries. In songs you are shoulder to shoulder with the mother, the orphan, the downtrodden, the maimed, the soldier, the butcher, the blacksmith, the sick, the poor, the insane, and you may party hard among the night life in the seediest parts of town without risking life or limb… Songs are bold, pretty and wild. Yes, wild. They have a life of their own. They will outlive us, travel further than us and touch generations we’ll never meet.
This event has taken place

Presented by The Sound Castle and sponsored by www.countrypad.co.uk 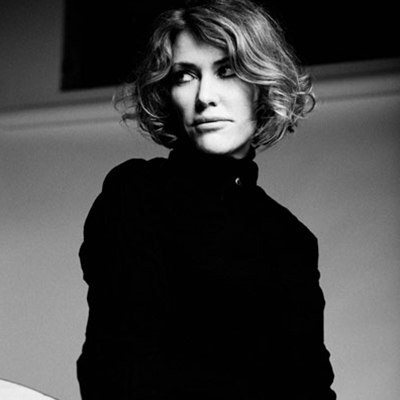 The visionary probability guru and Black Swan author previews his study of How To Live In A World We Don’t Understand.

The incredible history of Doggerland, a country now sunk beneath the North Sea, which once, 6,000 years ago, linked the Yorkshire coast with a stretch of Continental Europe from Denmark to Normandy. The submersion of Doggerland was the last time inhabited areas of land were lost because of changes in climate.

In the anaesthetist’s television programmes he has often demonstrated the impact of extremes on the human body by using his own body as a ‘guinea pig’. So Dr Fong is well placed to share his experience of the sheer audacity of medical practice at extreme physiological limits, where human life is balanced on a knife-edge. Chaired by Clemency Burton-Hill.

Keil’s novel Flirting At The Funeral is set against a background of global crisis and is haunted by memories of revolution and terror. Preece’s study Baader Meinhof And The Novel explores forty years of myths and conspiracy theories about the German Autumn. They talk to Gwen Davies.

In association with The New Welsh Review

The Art Of War: Five Years In Formula One

A graphic novel that gives a unique insight into the world of motor sport, from the former CEO of the Williams F1 Team.

A conversation with the sublime comic writer and actress.