The Olivier Award winning improv musical comes to Hay. Each night, audience suggestions are instantly transformed into an all-singing, all-dancing production, with unpredictable and hilarious results. The Showstoppers have delighted audiences across the globe with their ingenious blend of comedy, musical theatre and spontaneity, with eight years as an Edinburgh Fringe must-see phenomenon, a BBC Radio 4 series and now a recent critically acclaimed West End run. Whether you fancy Sondheim on a ski lift, or Cole Porter in Poundland: you suggest it and The Showstoppers will sing it! 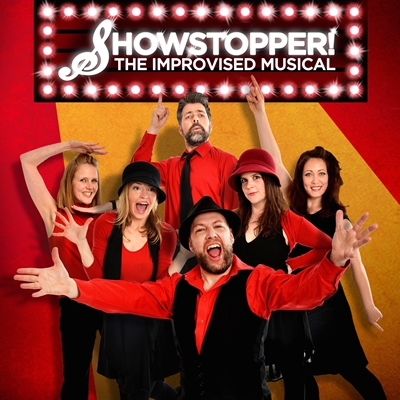