Derek Addyman and Anne Brichto first opened Addyman Books in 1987, in a ten-foot room at the Blue Boar Inn in Hay on Wye. Only six months later success shunted us into larger premises on nearby Lion Street. This rapidly expanded into the well-loved burrow of books that is still to be found there today.

In 1997 we opened a bookshop specialising in detective fiction, Murder and Mayhem, just across the road. And five years later, the jewel in the crown of the Addyman triumvirate was opened – The Addyman Annexe. This is the shop that specialises in the sexier material: beat, sex, drugs, art, modern firsts, poetry, philosophy, left wing history and the occasional occult work!

Between the three shops an inviting little community has been created for the new visitor to hay as well as our regular customers. Addyman Books is known for its fair prices, clean and well chosen stock, and a specialization in English literature and modern first editions. 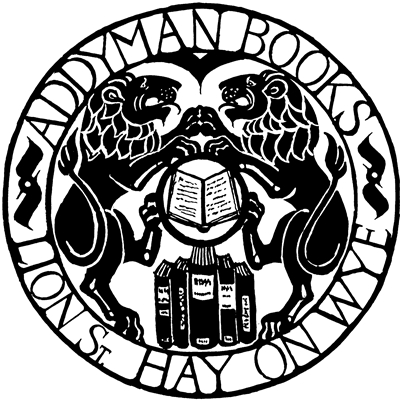