Exhibition opening and concert: Sculptures in the wild

Inspired by the Samuel Beckett and Italo Calvino, the sculptor Roberto Barni works on the idea of the human condition and presents mankind anonymously in enigmatic situations. His pieces, featuring figures seemingly lost or captured off-balance, will be displayed in the gardens of the Huerto de Félix Ortiz, where the opening will feature a lyrical concert by the Prosegur Foundation in collaboration with the Albéniz Foundation, played by students of the Reina Sofía Music School.

In the event of rain, the concert will be transferred to Casa de la Moneda at the same time.

Co-organised with the Marlborough Gallery and in collaboration with the Huerta de Félix Ortiz, Segovia City Hall, the Fundación Prosegur and the Fundación Albéniz. 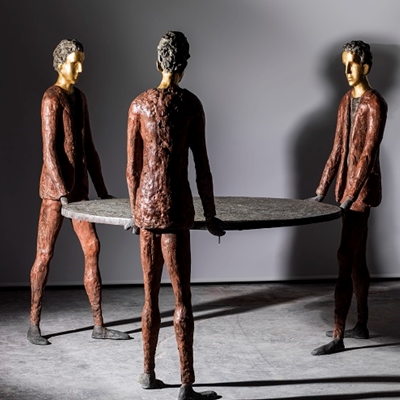