Kapka Kassabova spent her formative years behind the Iron Curtain in Bulgaria and much of her work focuses on journeys and the search for a sense of place and identity amidst sometimes turbulent histories. Described by one reviewer as "a poet and author who writes in English, with a European imagination", her first novel Reconnaissance tells the story of a young backpacker travelling through New Zealand whose journey develops into something deeply personal, exploring memory and family myth. In 2008 her memoir Street Without a Name won critical acclaim for its meditation on the speed of change across eastern Europe. In Twelve Minutes of Love she travels through the intimate history of Argentine Tango and her latest book Borders sees her return to the Balkans to explore the physical and psychological lines that define the region. The award-winning novelist, poet and travel writer talks to Stig Abell. 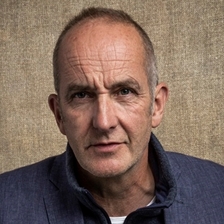