Juan Manuel Santos was the President of Colombia between 2010 and 2018, and received the Nobel Peace Prize in 2016 “for his determined efforts to bring an end to the civil war; a war that has lasted over 50 years, cost the lives of at least 220,000 Colombians and caused the displacement of around six million inhabitants.” Ex-president Santos speaks about this road taken during his presidency in his new book, La batalla por la paz (2019). He will talk to the El País América editor, Javier Moreno. 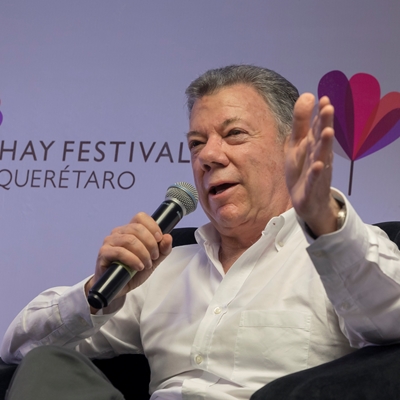