‘Here at the turn of the leaf a horseman is riding
through the space between one world and another . . .’

The Mabinogi is the Welsh national epic, a collection of prose tales of war and enchantment, adventure and romance, which have long fascinated readers all over the world. Matthew Francis’s retelling of the first four stories (the Four Branches of the Mabinogi) is the first to situate it in poetry and captures the magic and strangeness of this medieval Celtic world: a baby is kidnapped by a monstrous claw, a giant wades across the Irish Sea to do battle, a wizard makes a woman out of flowers, only to find she is less biddable than he expected. Permeating the whole sequence is a delight in the power of the imagination to transform human experience into works of tragedy, comedy and wonder.

The Mabinogi was shortlisted for Wales Book of the Year 2018.

"I have waited a life for this book: our ancient British tales re-told, in English, by a poet, as they were in their original Welsh. This is more than translation. It picks up the harp and sings" - Gillian Clarke. 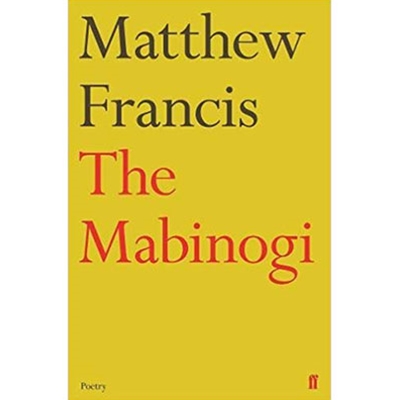