Lead singer of multi-million-selling rock band Skunk Anansie, solo artist, LGBTQ+activist and all around trail blazer - Skin is a global icon, and she has been smashing stereotypes for over twenty-five years. Her journey from Brixton to one of the most influential women in British rock is nothing short of extraordinary.

Born to Jamaican parents, Skin grew up in Brixton in the 1970's. Her career as an artist began in the '90s, when Skunk Anansie was formed in the sweat-drenched backrooms of London's pubs. Since then she has headlined Glastonbury and toured the world, both as lead singer of Skunk Anansie and as a solo artist.

Her success has been groundbreaking in every way, which has come at a personal cost. She has always been vocal about social and cultural issues, and was championing LGBTQ+ rights at a time when few artists were out and gay.

Told with honesty and passion, this is the story of how a gay, black, working-class girl with a vision fought poverty and prejudice to write songs, produce and front her own band, and become one of the most influential women in British rock. 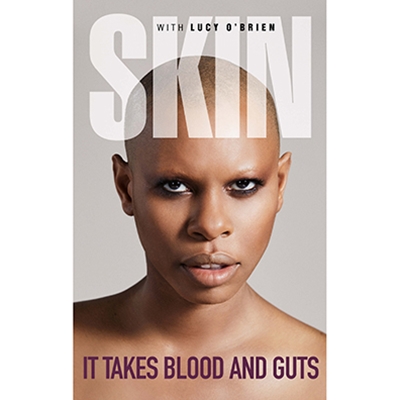