In his first and only official autobiography, music icon Elton John reveals the truth about his extraordinary life. Me is the joyously funny, honest and moving story of the most enduringly successful singer/songwriter of all time.

Christened Reginald Dwight, he was a shy boy with Buddy Holly glasses who grew up in the London suburb of Pinner and dreamed of becoming a pop star. By the age of twenty-three, he was performing his first gig in America, facing an astonished audience in his bright yellow dungarees, a star-spangled T-shirt and boots with wings. Elton John had arrived and the music world would never be the same again.

BUY My Life in Red and White: My Autobiography 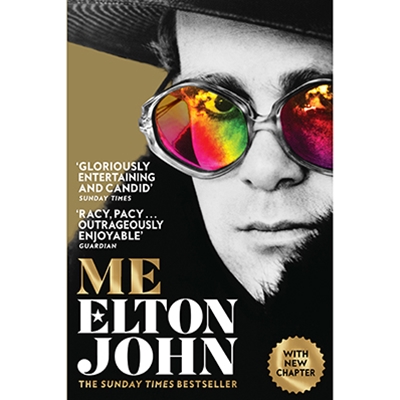