A young woman in Britain today describes her feelings about the protests following the murder of George Floyd. Searching her own experience, sisters and brothers across Britain and her borders, share the same emotions. How has each been jolted by racism and Empire across Britain?

Many years ago, night fell on a five-year-old aspiring actress. One dream, one hope, she kept breathing. Yet she knew the world thought her ugly because the system did not value her brown skin. A descendant of generations of Britons, who have encountered racism, she kept breathing. The girl thought of her Caribbean ancestors, who not only survived but also formed a rich culture from the torture that was their world.

Alongside this narrative, ninety-nine others join the chorus. Following a cast of 100 voices across Britain and gathering strength from the wider Pan African community, this legacy book reveals both hopes and frustrations. Whether actress, poet, shopkeeper, Member of Parliament, Dame, or doctor, each voice sets up a hopeful new conversation about racism in Britain. Each lived experience adds to a colourful tapestry of optimism so future generations can pause, take stock and keep breathing.

Please note that this title is published in June. Orders will be despatched as soon as it becomes available. 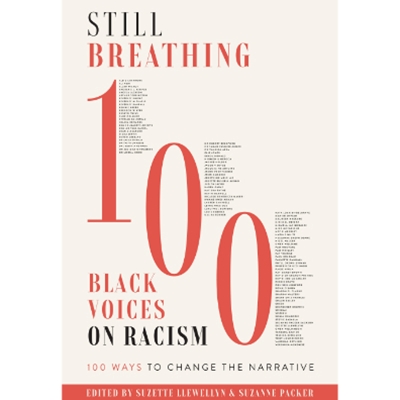