In the words of the philosopher Cornel West, Raymond Williams was 'the last of the great European male revolutionary socialist intellectuals'. A figure of international importance in the fields of cultural criticism and social theory, Williams was also preoccupied throughout his life with the meaning and significance of his Welsh identity. Who Speaks for Wales? (2003) was the first collection of Raymond Williams's writings on Welsh culture, literature, history and politics. It appeared in the early years of Welsh political devolution and offered a historical and theoretical basis for thinking across the divisions of nationalism and socialism in Welsh thought.

This new edition, marking the centenary of Williams's birth, appears at a very different moment. After the Brexit referendum of 2016, it remains to be seen whether the writings collected in this volume document a vision of a 'Europe of the peoples and nations' that was never to be realised, or whether they become foundational texts in the rejuvenation and future fulfilment of that 'Welsh-European' vision. Raymond Williams noted that Welsh history testifies to a 'quite extraordinary process of self-generation and regeneration, from what seemed impossible conditions.' This Centenary edition was compiled with these words in mind.

Please note that this title is published in May. Orders will be despatched as soon as the book is available.
Price: £18.99 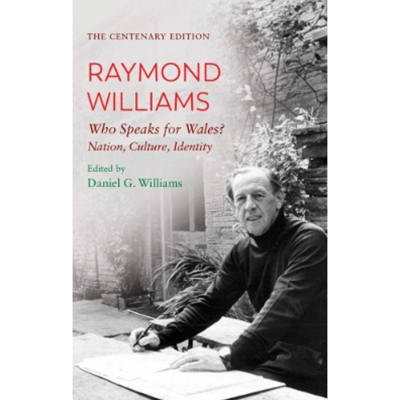