On the Road: Adventures from Nixon to Trump

Drawing on his travels and encounters over forty years in the 'Land of the Free', On The Road is filled with anecdotes, memories, tears and laughter reflecting Naughtie's characteristic warmth and enthusiasm in encountering the America of Washington, of Broadway, of the small town and the plains. As a student, Naughtie watched the fall of President Richard Nixon in 1974, and subsequently as a journalist followed the story of the country - its politicians, artists, wheeler-dealers and the people who make it what it is, in the New York melting pot or the western deserts. This is a story filled with encounters, for example with the people he has watched on every presidential campaign from the late 1970s to the victory of Joe Biden in 2020.

This edition is fully updated to include Naughtie's fascinating insights on the controversial presidential election battle in 2020 between Donald Trump and Joe Biden. 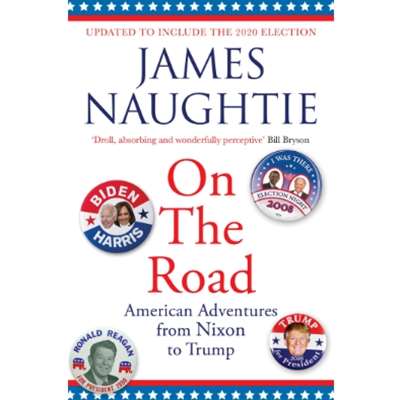