'Is there anything in sport to compare with the sustained excitement of a cricket match, especially a Test match, in which the advantage continually fluctuates one way and then the other, and when the match enters its last few minutes, all four results are still possible?'

After entertaining countless radio listeners around the world for decades, who better to convey the breathless drama of a Test match cliffhanger than Henry Blofeld? Now, in Ten to Win . . . and the Last Man In, he has personally selected thirty matches featuring unforgettable finishes and brought them vividly to life again in his own inimitable way.

Ranging from the match-winning bowling of F.R. Spofforth against W.G. Grace's England in 1882, via the first tied Test between Benaud's Australia and Worrell's West Indies in 1960, to the never-say-die batting of Ben Stokes in 2019, he picks out the key events and performances of each memorable match and describes them as only he can.

Filled with colourful detail and informed by insight gained from a lifetime immersed in the sport he loves, Henry Blofeld's latest book will leave the reader in no doubt - as he himself puts it - about 'what an absurdly irresistible game cricket can be'.
Price: £20.00 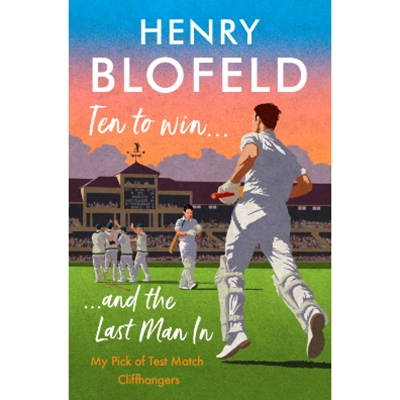