In April 2011, eight actors, two stage managers and one wardrobe manager set out to tour a production of Hamlet around the UK and Europe. This is their story.

Following the company and their director, Dominic Dromgoole (Artistic Director of Shakespeare’s Globe), we glimpse rehearsal room mayhem, pre-show high jinx and backstage nerves. A Summer Hamlet tours Europe from Margate to Malta, from London to Hamlet's own home in Elsinore. Battling with the elements and a temperamental Ford Escort, a company of actors become friends.

A rare and hilarious insight into acting, touring and the highs and lows of life on tour. Directed by Helen Lawson.


Please arrive in good time for the start of this event; we regret that latecomers may not be permitted entry. 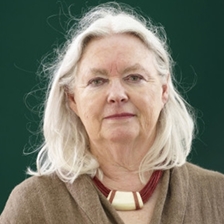