The poet and professor of Spanish Literature Luis García Montero has won awards on several occasions, including the National Literature Prize for Habitaciones separadas and the National Critics’ Prize for La intimidad de la serpiente. His latest published works are entitled No me cuentes tu vida and Alguien dice tu nombre. Juan Villoro has been well-known among intellectual circles in Mexico, Latin America and Spain for years, and his success among general readers has grown since receiving the Herralde Prize in 2004 for his novel El Testigo. His most recent novel is ¿Hay vida en la Tierra?. 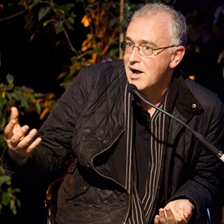