Each year the Arts Council of Wales funds the Cymrawd Rhyngwladol Cymru Greadigol Hay Festival / Hay Festival Creative Wales International Fellowship, a special award in collaboration with Hay Festival to support a writer in Wales in attending Festival editions around the world. Open to exceptional and imaginative creative individuals, working within the literature art form, the Fellowship provides a unique opportunity for career development, while increasing Wales’s artistic profile internationally. 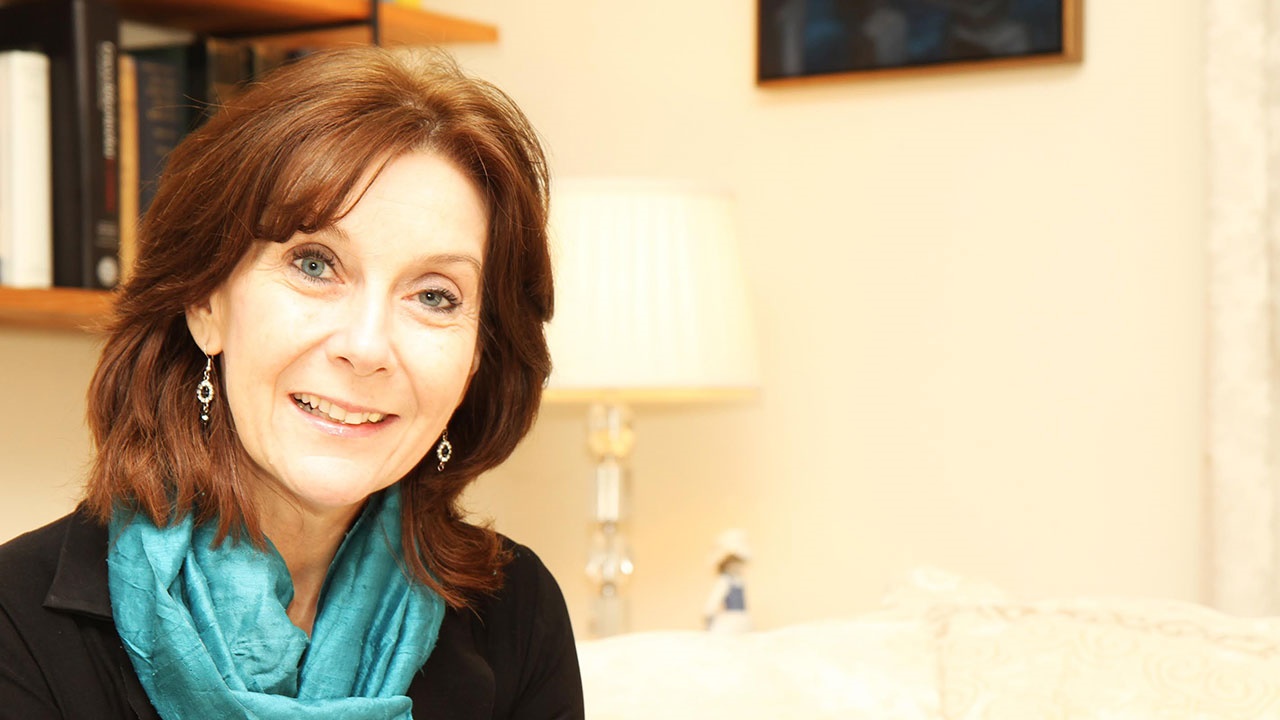 Mererid Hopwood is one of Wales’ most celebrated poets with published works including Singing in Chains (2004), O Ran (2009), Poets' Graves/Beddau'r Beirdd (2014) and Nes Draw (2016); her books for children Ar Bwys (2007), Straeon o’r Mabinogi (2012) and Cyfres Dosbarth Miss Prydderch (2016–19); and her translations Seren Lowri (2005) and Geiriau Diflanedig (2019). She is a three-time Eisteddfod prize winner, has been Children's Laureate Wales, and was awarded the Glyndwr Prize for her contribution to literature. Her collection Nes Draw won the poetry section of the Welsh language Book of the Year Awards 2016 and won the Tir na n-Og prize for children’s writing in 2018.

Writing mainly in Welsh, Hopwood has degrees in Spanish and German language and literature and has taught throughout her career. She will be leaving her post at the University of Wales, Trinity Saint David in January to take up the Chair of Welsh and Celtic Studies at Aberystwyth University. Her lecture 'What’s Wales in Welsh?' was one of the most talked-about events of Hay Festival Digital Wales in the spring, and is available to watch free on YouTube.

“Mererid Hopwood is one of the most exciting writers working today. We’re honoured to share her work with new readers around the world and showcase the Welsh language in this way, live and online.” – Cristina Fuentes de la Roche, Hay Festival international director.

“I’m very much looking forward to taking up this fellowship in a year when the traditional boundaries between international, national and local can be dissolved in a way we could barely imagine back in March. I shall do my very best to carry words from Wales to wherever I can and take great care carrying new words back home for sharing. Diolch o galon am y gwahoddiad.” – Mererid Hopwood.

From robotic bees to Ayacucho

The story of Welsh

Part 1 – Hercules and the Devil

Part 2 – On Alegría, Europe, and an ancient crab

Part 1 – The Rabbit in the Moon

Part 3 – After the event

Part 4 – From the rooftop

Part 5 – All the storks in Spain

Part 1 – Rover of the Andes

Part 4 – Charlas: conversations outside the cathedral