We are delighted to present our 2020 Winter Weekend Digital Festival programme.

All events are free to access and it couldn't be easier to register and watch. Simply browse the programme and click "register" for any event you wish to see. You will need to log in to the website or create an account in order to do this. We'll send you a confirmation email once you've booked your first event, and all the events that you subsequently book will be added to your own Winter Weekend Schedule. All events are available with subtitles.

Once you have registered, follow the "Go to Event" link under each listing, or follow the link in your Winter Weekend Schedule to watch. To make sure you don't miss anything, we'll also send you an email reminder just before each of your booked events begins. You will be able to replay all events for free for the duration of the weekend, after this time they will be available on Hay Player.

If you have any questions, don't hesitate to contact us: boxoffice@hayfestival.org.

The Lost Rainforests of Britain

Temperate rainforest may once have covered up to one-fifth of Britain and played host to a dazzling variety of luminous life-forms, inspiring Celtic druids, Welsh wizards and Romantic poets. Though only fragments now remain, they form a rare and internationally important habitat, home to lush ferns and beardy lichens, pine martens and pied flycatchers. But why are even environmentalists unaware of their existence? And how have we managed to excise them so comprehensively from our cultural memory?

Taking the reader on an awe-inspiring journey through the Atlantic oakwoods and hazelwoods of the Western Highlands and the Lake District, down to the rainforests of Wales, Devon and Cornwall, the writer and campaigner maps these under-recognised ecosystems in exquisite detail – but underlines that without political and public support, we risk losing them from the landscape, and perhaps our collective memory, for ever.

In conversation with journalist and editor Kitty Corrigan

This event will be available online
Price: £12.00
Only Friends of Hay Festival may buy tickets prior to public launch. If you are already a Friend please log in here. If you would like to become a Friend, you can do so here. 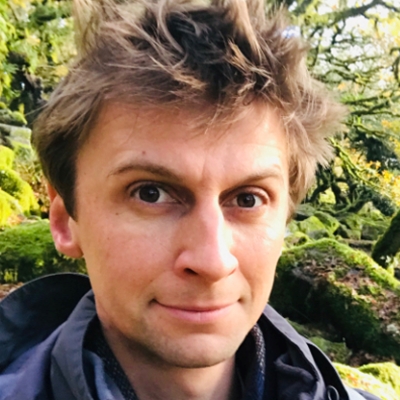 The artist’s coveted designs incorporate flowers, foliage, seeds, twigs, and berries grown in her organic garden and foraged from the countryside in the Welsh Borders, capturing the wild beauty of nature in sustainable, everlasting artistic pieces. Her wreaths and centrepieces can be playful and bursting with colour, or delicate, calm and subtle. In this workshop, she will show you how to make a unique flower lampshade for your home. All materials provided. 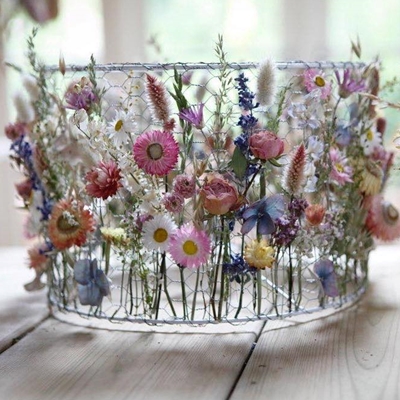 The author dedicates her first book of poetry to her late husband George Harrison in the 20th anniversary of his death. With an introduction by Martin Scorsese, the book includes personal photographs and mementos. Olivia co-produced the Grammy award-winning film of the 2002 Concert For George. She also received an Emmy for Outstanding Non-fiction Special from the Academy of Television Arts and Sciences in 2012 for her role as producer on the Martin Scorsese documentary: George Harrison: Living in the Material World. In 2005, she established The George Harrison Fund for UNICEF, which has helped children affected by civil conflict, natural disasters or poverty in Bangladesh, Afghanistan, Brazil, India, Angola, Romania, the Horn of Africa, Burma and Nepal and Mexico.

She talks to journalist and Hay Festival trustee Dylan Jones.

This event will be available online
Price: £12.00
Only Friends of Hay Festival may buy tickets prior to public launch. If you are already a Friend please log in here. If you would like to become a Friend, you can do so here. 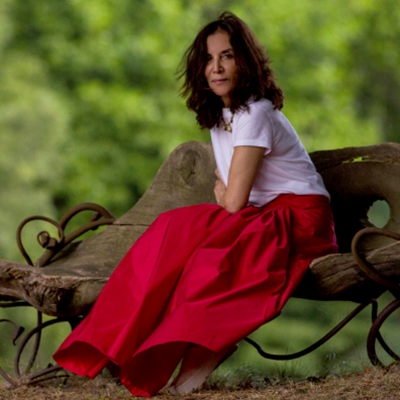 Test your wits with rounds on 2022, Living, Loving and Lying. Music, picture rounds and a review of the best bits of the year. Bring your own team of four, or come and make new friends. Points mean prizes…

Price: £5.00
Only Friends of Hay Festival may buy tickets prior to public launch. If you are already a Friend please log in here. If you would like to become a Friend, you can do so here. 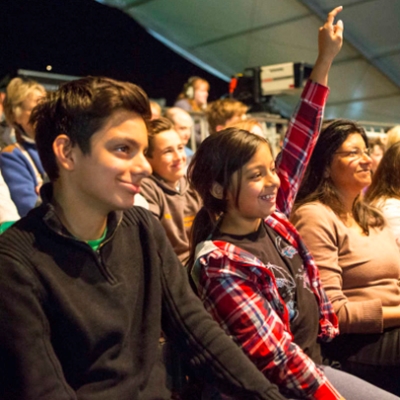