Marta Peirano (Spain) is a journalist and researcher who specialises in the relations between power and technology. Her work is known for its critical and analytical insights, investigating the dangers of concentrated power structures and addictive digital dynamics, and has received international recognition. Her latest book is Contra el futuro, resistencia ciudadana contra el feudalismo climático. According to her, there are solutions to climate change within our reach and her book sets out some strategies for citizen action in order to counter the acceleration of climate feudalism and disaster capitalism; a new anti-apocalyptic approach that builds hope for the future. In conversation with Olivia Zerón. The poet Paul Muldoon has been writing and publishing poetry for over five decades. He has been Poetry Editor at The New Yorker, has won the Pulitzer Prize for Poetry and the International Griffin Poetry Prize, among many other awards. He was Professor of Poetry at Oxford, President of the UK’s Poetry Society and is currently Professor in the Humanities at Princeton University. He has published over 30 poetry books, the most recent one published in Spanish being Elegías. He will talk to the Spanish translator of his work, Pura López Colomé. 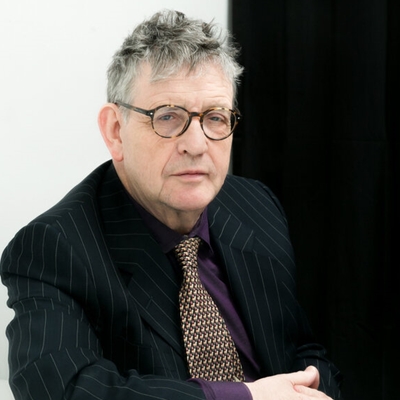 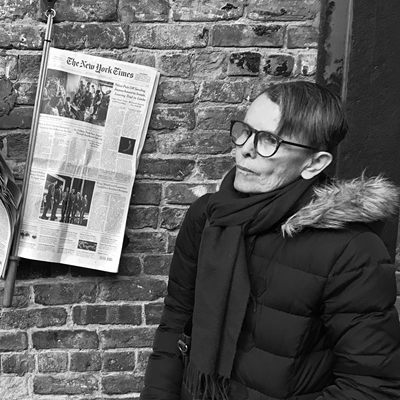 On childhood, family and other mishaps. Searching for identity in the narrative universe of Gisela Leal

Gisela Leal published her first novel aged 24, making her the youngest author to be published by the famous Alfaguara house. El club de los abandonados (2011) was shortlisted for the Alfaguara Prize, and is a novel about excess and decadence in high society, expressed through the tragic and opulent lives of her characters. She later published El maravilloso y trágico arte de morir de amor (2015), a story that unfolds through a continuous conversation between a young women and a writer who, in cities such as New York, Mexico City and Barcelona, try to find company in their loneliness, telling each other how they have reached that point in their lives. Her third novel, Oda a la soledad y todo aquello que pudimos ser y no fuimos porque así somos (2017) tells the story of a family that enjoys fortune and social prestige in the eyes of others. However, one of the heirs seems to embody an error in the family system: he is a potential suicide who reveals the faults, absences and unbridgeable distances that exist among its members. Leal has also published stories in the magazines Eñe and P Magazine. On this occasion, she will talk about her work with her editor, Mayra González, and with the journalist Denise Maerker. Caitlin Moran (United Kingdom) won a British Press Award for Best Columnist of the Year in 2010 and two more for Best Critic and Best Interviewer in 2011. She is the author of the award-winning book of non-fiction How To Be a Woman (2014), a testimony that has been considered essential reading for our times. She now presents More Than a Woman (2022), which takes up the concerns of the previous book from the perspective of a woman aged over forty and deals with the new issues that arise with age: sexuality, changes in one’s body, professional life, motherhood, domestic life, relations with teenagers and older people… Caitlin Moran has written a brave and intimate manifesto about the life experiences of a middle-aged woman in the 21st century. In conversation with Gabriela Warkentin. Based on her personal experiences and from a study of psychology, neuroscience, literature and memoires of great artists from different creative fields, the renowned Rosa Montero (Spain) presents us an intriguing look at the links between creativity and mental instability in her most recent book, El peligro de estar cuerda. This offers readers numerous curious insights into how our brain works when we create, identifying those aspects that influence creativity and putting them before the reader’s eyes as she writes, like a detective bringing together the various clues involved in an investigation. In conversation with the editor of the American edition of El País, Jan Martínez Ahrens.

With the support of El País and UNAM We celebrate Margo Glantz (Mexico), a Mexican writer and thinker who is known around the Spanish-speaking world as one of the language’s most prominent voices. During her career she has received the prestigious Rockefeller (1996) and Guggenheim (1998) fellowships, and over forty awards and distinctions, including the Sor Juana Inés de la Cruz Prize (2003), the National Science and Art Prize (2004), the FIL Prize for Literature in Romance Languages (2010), the Gold Medal for 50 Years of Teaching at UNAM (2011), the Manuel Rojas Ibero-American Fiction Prize (2015), the Alfonso Reyes Prize (2017), a Homage by the Mexican Academy of the Language (2020) and the Carlos Fuentes Medal at the 2021 Guadalajara Book Fair. She has received honorary doctorates from universities in Mexico and Spain. Glantz is a prolific essay writer, and one of her most successful recent books is her autobiographical The Family Tree, in which she writes of her experiences growing up as a Jew in Catholic Mexico, as well as those of her parents, both immigrants. Recent publications of her work are Historia de una mujer que caminó por la vida con zapatos de diseñador (republished in 2022), Apariciones (republished in 2022) and Sólo lo fugitivo permanece (2022). She will talk to the writer Gabriela Jauregui. Jarvis Cocker is known around the world as the charismatic frontman of the famous British band, Pulp, and the creator of a string of indie-rock hits which had particularly great musical and cultural impact in the 1990s. He has presented his own programme on BBC Radio 6 Music, made documentaries for Radio 4, worked as an editor for Faber & Faber, and continues with his music career, launching albums such as Beyond the Pale, one of his finest post-Pulp releases. This year the Spanish-language version of his autobiographical book Good Pop, Bad Pop has been published; in it, and through objects stored for years in his attic, he looks at aspects of his life and music career. This is an event for Pulp fans, for lovers of good literature and for those who enjoy good conversation. With the cultural journalist and television presenter Mariana H (Mexico). We have the pleasure to talk to the acclaimed writer Vivian Gornick, one of the major voices of the second wave of US feminism, about her work. Her career as a journalist began in the 1960s as a reporter for The Village Voice, before going on to work with The New York Times and The Nation. She is the prolific author of over 15 books, including several autobiographical works, which have made her one of the most outstanding contemporary exponents of personal narrative. In Unfinished Business (2021), the author revisits some of her essential reading, discovering in these texts a new view of herself and awareness of her transformation as a person, in a work that combines literary criticism with the personal, both fields in which Gornick is a seasoned writer. She will talk to Elvira Liceaga.