Please join us to celebrate the Afrobeat sax god, begetter of Soul Makossa and jazz legend as he returns to Hay to round out the Bank Holiday weekend with a joyful party of high style and dancing feet.

See more at http://www.manudibango.net/
This event has taken place
This event is available on Hay Player The annual gala night from our sister festival in Machynlleth returns for its fourth year. Sit back and enjoy some of the best comic talent the UK has to offer, with Joe Lycett, James Acaster, David Trent and Tony Law.

The bass player and co-founder of the post-punk Manchester rock band tells the inside story of his times and tours with Bernard Sumner, Stephen Morris and Ian Curtis.

Vegas has directed and co-written Ragged with Lynch, for the Sky Arts Playhouse Presents Series. They discuss their collaboration and screen the half-hour film exclusively ahead of its broadcast at 9.30pm, 6 June on Sky Arts 1 HD.

Starring Ricky Tomlinson, this story is based on Ricky’s true experiences campaigning for justice in an effort to overturn a verdict which sent him to jail for two years in the early 1970s. During his time in prison and on hunger strike, Ricky’s life is changed forever by a prison governor who encourages him to read Robert Tressel’s book The Ragged Trousered Philanthropists.

The legendary Stranglers songwriter, vocalist and guitarist plays an intimate acoustic concert reworking some of his greatest hits, classic solo material and songs from his critically-acclaimed new album Totem And Taboo.

Presented by The Sound Castle and sponsored by Wyevale Nurseries Ltd 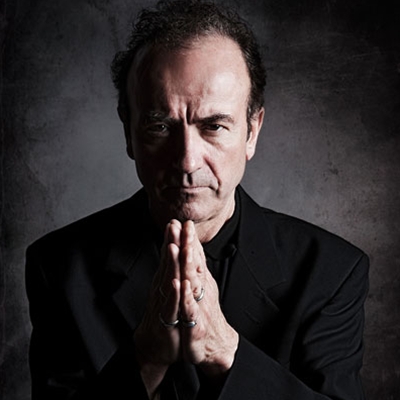 The Last King Of Wales

Gruffudd ap Llywelyn took control of SE Wales in 1055. He then turned his attention to Herefordshire and the border country. He attacked the city of Hereford and destroyed the Cathedral. He wintered at Llangorse Lake and in 1056 he scored a major victory over an English army near Glasbury-on-Wye.

The Mental Health Of The UK Armed Forces After Iraq And Afghanistan: Myths And Realities

It’s now ten years since the invasion of Iraq, and the UK Armed Forces have been fully engaged in a decade of war. What has been the mental health impact? If you listen to many media accounts you might conclude that nearly everyone who has served in Iraq or Afghanistan ends up in a psychiatric clinic, on the streets or in prison. But what are the facts? What do we know about the actual impact of deployment now, and what can we expect in the future?

In association with Kings College, London

Walk through David and Catherine James’s orchards, see how the trees are managed and sample the cider. The fruit is purchased by Bulmers and Gaymers for their premium brands. some of which will be available for tasting! The trees are fertilised by the bees, which produce delicious honey. Look inside the beehives, and learn how honey is made. An extensive range of farm machinery will be laid out for inspection.

Join the Wye & Usk Foundation trip around the Wye and its tributaries near Hay to see the rare and unusual creatures that live in the river, and to see what progress is being made to restore the run of salmon.

For all outdoors events and walks we recommend walking boots and warm and waterproof clothing. Please bring packed lunches.

Sane New World: How To Tame The Mind

The comedian, writer, performer and mental health campaigner suffered bouts of depression throughout her life. She completed her Masters in Mindfulness-based Cognitive Therapy at Oxford in 2012. She explores how we sabotage our sanity, how our brains work and how we can rewire our thinking – often through simple mindfulness techniques – to find calm in a frenetic world. 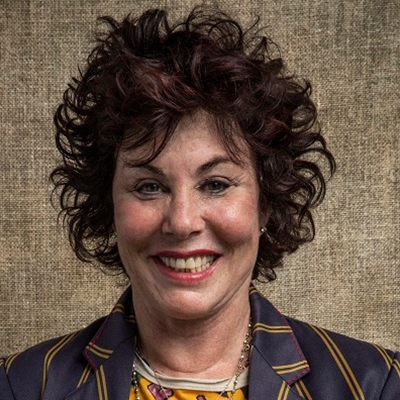 Teaching Shakespeare And The Big Stuff

The author of The Demonic: Literature And Experience examines scenes from Othello, Hamlet, The Tempest and Measure For Measure and discusses how to teach Shakespeare with imagination and intensity.

In association with The Shakespeare Institute, University of Birmingham Using archaeological and DNA evidence Cunliffe tells the story of the origins of the British and the Irish peoples, from the retreat of the last Ice Age around 10,000bc to the eve of the Norman Conquest.

Taking the audience on a spectacular, enchanting journey across Wales and its glorious landscape, Wilson uses photos from the book to talk about his work, his inspirations and how to set about capturing the perfect image. Chaired by Carolyn Hitt. What do we need to do to deliver the resilient ecosystem services needed by all of us, every day? As part of the Landmarc 100 Innovations Scheme, this is the first in a series of open invitation workshops, conversations and presentations designed to inspire applicants, tackle the big issues of sustainability, and take the great ideas you’ve jotted on the back of beer mats or napkins and make them real.

An opportunity to learn about the geology of the area from James Creswell, a local expert.

Adam Blade brings the Beast Quest adventures to life – and gives us a glimpse of the excitement to come in brand new Sea Quest.

The bestselling girls’ favourite author is back with a brand new book in the Chocolate Box Girls series, which began with Cherry Crush.

The creator of the Eddy And The Bear stories, which became a Bafta Award-winning television series, is here to bring you Nat The Cat’s Sunny Smile.

5–8 years – children must be accompanied