La segunda amante del rey, the latest novel by Herralde Novel prizewinner, Alonso Cueto, is both a love story and a detective novel that takes the reader into the depths of the genre. After the enormous success of her first novels (1997 Lumen Prize for best Spanish woman writer), Alicia Giménez began writing full time. In 2015 she published, with success, the novel Crímenes que no olvidaré, which consolidated her position as one of the most popular voices in detective writing. Carlos Zanón, author of No llames a casa (2012 Valencia Negra Prize for the Best Detective Novel of the Year) and Yo fui Johnny Thunders (2014 Salamanca Negra, 2015 Novelpol and 2015 Dashiell Hammett prizes), has just published Taxi, a moving novel set in Barcelona. The three writers will talk about their novels and the beauty of the genre with the publisher Ana Gavín.

With the support of Acción Cultural Española. Foco Cultura España-Colombia 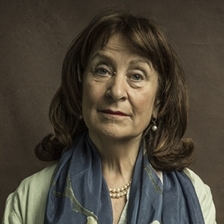 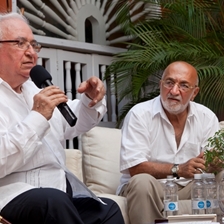