An annual subscription to Hay Player allows you to play as much audio and film as you like.

Hay Festival is committed to increasing open digital access to culture, ideas, literature and the arts. Subscriptions to the Hay Player help support, maintain and sustain this service and provide access to Hay events from across the globe. 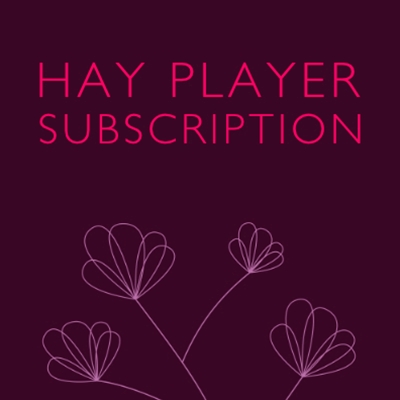