The Ordinary Virtues: Moral Order in a Divided World

During a three-year, eight-nation journey, Ignatieff found that while human rights is the language of states and liberal elites, the moral language that resonates with most people is one of everyday virtues: tolerance, forgiveness, trust and resilience. These ordinary virtues are the moral system of global cities and obscure shantytowns alike. A novelist and historian, Ignatieff is Rector and President of Central European University in Budapest.
Chaired by Rosie Boycott. 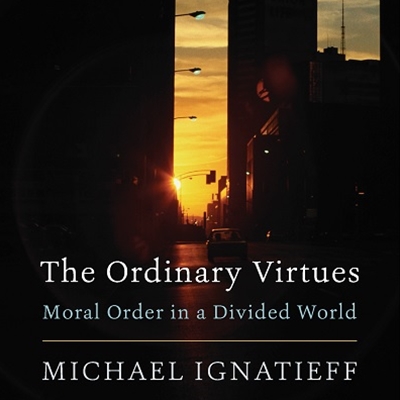