Also drawing upon an epic poem and an intimate portrait of a serving Swansea soldier, Nawr Yr Arwr \ Now The Hero brings the stories of war to life but counterpoints the tragic telling with hope. At its heart is a site specific Requiem, realised from a collaboration between the late Oscar-nominated Icelandic composer Jóhann Jóhansson and Owen Morgan Roberts; with a libretto by BAFTA nominated writer Owen Sheers. Artist Owen Griffiths (Arts Council of Wales Creative Ambassador) will also join the conversation to discuss his contribution to the project – the creation of an edible landscape and harvest gathering, as featured in Brangwyn's paintings.

Rees introduces the concepts of Nawr Yr Arwr \ Now The Hero and discusses Sheers’ response to the ancient Celtic poem Y Gododdin; Roberts’ interpretation of this in musical form in a specific setting; and Griffiths unique interpretation of paintings as war memorials in contemporary landscape.

Now The Hero is the highlight in Wales for the final year of 14-18 NOW, the UK’s arts programme for the First World War centenary. 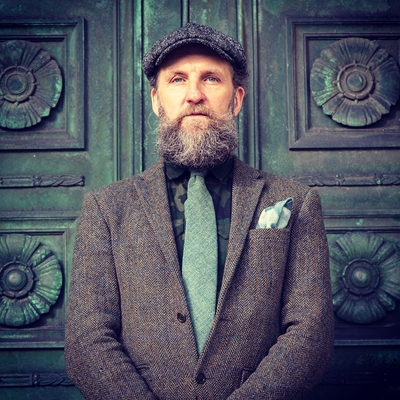