Roberto Emparan and Andrés Gomberoff in conversation with Dante Trujillo

At the forefront of science.

The physicists Andrés Gomberoff (Chile) and Roberto Emparan (Spain), as well as working on the most recent discoveries in physics, write for lay readers with an interest in science. In 2015 Gomberoff published Física y berenjenas: La belleza invisible del universo (Aguilar), a compilation of 40 columns written since 2008 for Qué Pasa magazine, about science considered in everyday contexts. Emparan has written Iluminando el lado oscuro del universo, to illuminate curious minds about black holes, gravitational waves, quantum physics and string theory. Both Gomberoff and Emparan invite us to see science from its most aesthetic side, not only explained in attractive prose, but also in words that reveal the beauty of knowledge.

With the support of the Embassy of Chile 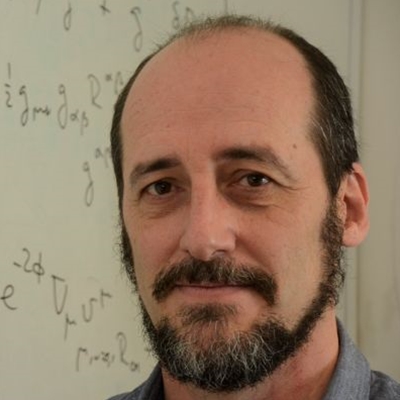 With the support of SURA and the Embassy of Chile