Hereford Cathedral is dedicated to the Blessed Virgin Mary and St Ethelbert the King. But who was St Ethelbert? He played a significant role in the development of the church in Mercia. Following his beheading by King Offa in 794 pilgrims flocked to his shrine in Hereford Cathedral, which became a place of healing. Medieval writers elaborated stories of the saint and, although there are no traces of his original shrine, his story lives on and says important things about life and faith today. Tavinor is Dean of Hereford Cathedral. 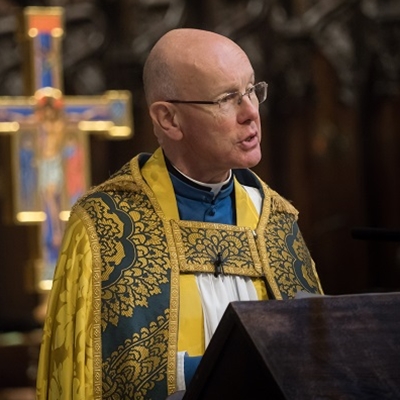