A joyful breakfast session with the winner of this year’s prize for comic fiction. Nina Stibbe’s Reasons to be Cheerful is the third and final entry in her semi-autobiographical trilogy. Both Man at the Helm and Paradise Lodge were previously shortlisted for the Wodehouse Prize.

In Reasons to be Cheerful it is 1980 and Lizzie Vogel is 18 years-old. She is about to embark on the first major step of grown-up life as she moves from the sheltered village existence of her family home and out into the big, wide, metropolis that is Leicester. There she takes up the position of dental nurse to a dentist with bad teeth and some deeply unpleasant attitudes, whose main ambition in life is to become a freemason. In her tiny one-bedroomed flat above the dental practice, Lizzie reflects on all that she's learning in her new career: whether she'll have to hold her boss's cigarette while he smokes it, whether she wants a boyfriend and, if she does, whether it should be Andy Nicolello who delivers the patients' dentures; and if it is Andy Nicolello whether it's dangerous to allow him to become her mother's lodger. Slowly it dawns on Lizzie that the area in which she has most to learn is life: in taking those first wobbly steps to independence, in falling in love, in navigating the ups and downs of adulthood (and her mother's new career as a novelist) and, most importantly, in staying cheerful through it all.
Stibbe’s novel drew comparisons to the work of the prize’s namesake in The Guardian last month: ‘As with comic writers PG Wodehouse or David Sedaris, it is not the plotting that you seek out in Stibbe, but the ticklishly wayward turn-of-phrase and irreverent conjuring of character.’ She talks to the broadcaster and Wodehouse Prize judge, Jim Naughtie.
This event has taken place
This event is available on Hay Player 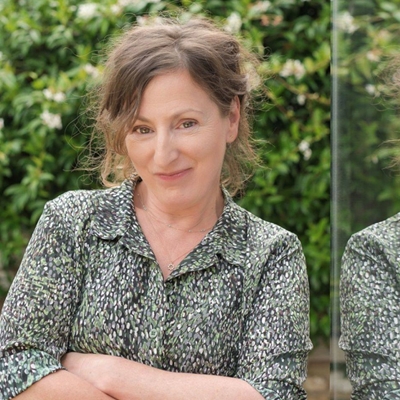