The bibliography of Margaret Atwood (Canada) consists of 18 novels, a dozen books of short stories and over 20 poetry collections, as well as books of children’s literature, essays and television scripts. She has won the Booker Prize twice: for The Blind Assassin (2000) and for her most recent book, The Testaments (2019). Her book Scribbler Moon was the first submission to the Future Library Project, a collection of books written each year from 2014, to be published in 2114. She has created works of dystopia, fantasy and science fiction, dealing with themes such as feminism, Canadian identity and the darkest motivations of human nature. A number of her books have been adapted for cinema and television, including the contemporary classic The Handmaid’s Tale (now an HBO series), set in a near future, when a group of religious fanatics govern what was once the United States, and in which women have lost all rights. Margaret Atwood will talk to Alberto Manguel. 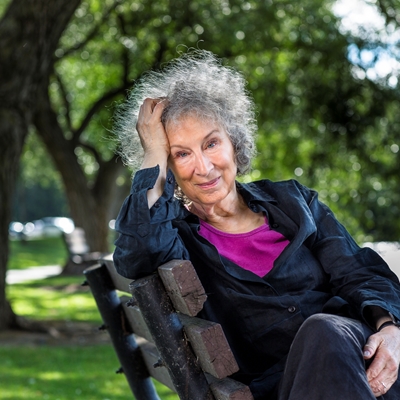