Hay Festival Book of the Month May 2020

"The most life-enhancing book you could ever wish to read" - Michael Morpurgo.

Suppose your country began to change. Suppose that without your noticing, it became dangerous for some people to live there any longer. Suppose you found, to your complete surprise, that your own father was one of those people.

That is what happened to Anna in 1933. She was nine years old when it began, too busy to take much notice of political posters, but out of them glared the face of Adolf Hitler, the man who would soon change the whole of Europe - starting with her own small life.

This semi-autobiographical and unforgettable story from Hay Festival favourite Judith Kerr, was first published more than 45 years ago and has become a much-loved classic. Timely reading at a moment of global change, one year on from this great writer's death.

Sorry, this item is sold out Back 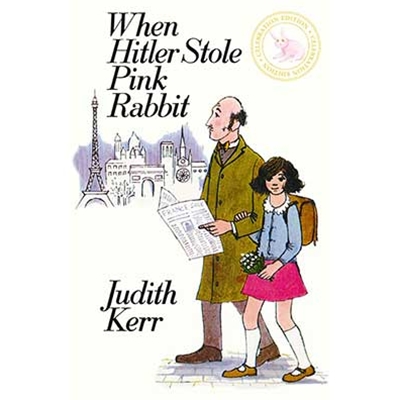