Writing at the Frontier

González Sainz likes crossing boundaries, whether in literature or in life. Not surprisingly for a time he alternated his residence in border cities such as Trieste and Soria and his narrative skirts well-trodden paths and current trends. He studied philology, and he became known as a writer with Un mundo exasperado, which earned him the Anagrama award for novel. He had previously published short stories (Los encuentros) like his latest release, El viento en las hojas. Other novels of his are Volver al mundo, for which he received the Castilla y León de las Letras award and Ojos que no ven. He has translated Italian intellectuals such as Emmanuelle Severino, Guido Ceronetti, Daniele del Giudice, Ennio Flaiano and his friend Claudio Magris. He also taught literature at the university of Ca’Foscari in Venice, where he lived for two decades. His work seeks to understand the world through profound contemplation.

Valladolid is a point of departure and return for Alejandro Cuevas. The city is his particular frontier. He has a degree in Spanish and then obtained a Masters in the History and Aesthetic of Filmmaking, another Master in Management of Culture and the Economics of Culture and a Master of Arts from the University of Florida. But despite all his academic endeavours, he considers himself to have taught himself. Six years living in the United States has given him the necessary distance to be able to look at his country, which is reflected in his most recent works. Humour, sometimes acid, is a hallmark of his writing. He has published five novels: Comida para perros (1999), La vida no es un auto sacramental (1999, runner-up Premio Nadal and Premio Ojo Crítico), La peste bucólica (2003), Quemar las naves (2004, Premio Rejadorada) and Mi corazón visto desde el espacio (2019), a bittersweet portrait of that Spanish youth with brilliant schooling and a dark future. His many short stories compiled in Mariluz and a long list that have obtained awards such as Café Compás, Ciudad de Torremolinos or 21 de marzo among many others.

González Sainz and Cuevas talk with the journalist and writer Angélica Tanarro. 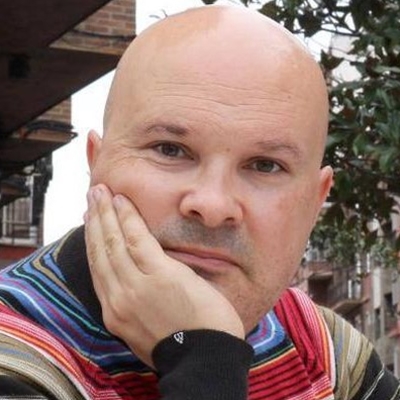 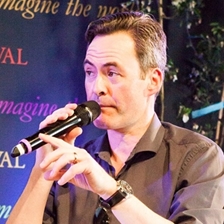