The bestselling author and founder of The Everyday Sexism Project talks to Bryony Gordon, journalist and mental health campaigner, whose latest book is Glorious Rock Bottom.

‘Laura Bates has done it again. From bantz to outright brutality, she exposes the landscape of misogyny. Passionate and forensic, Bates produces a powerful feminist clarion call. The world needs to take notice. Things must change.’ -- Anita Anand

Imagine a world in which a vast network of incels and other misogynists are able to operate, virtually undetected. These extremists commit deliberate terrorist acts against women. Vulnerable teenage boys are groomed and radicalised.

You don't have to imagine that world. You already live in it. Perhaps you didn’t know, because we don’t like to talk about it. But it’s time we start.

In this urgent and groundbreaking book, Laura Bates goes undercover to expose vast misogynist networks and communities. It’s a deep dive into the worldwide extremism nobody talks about.

Interviews with former members of these groups and the people fighting against them gives unique insights on how this movement operates. Ideas are spread from the darkest corners of the internet – via trolls, media and celebrities – to schools, workplaces and the corridors of power, becoming a part of our collective consciousness.

Uncensored, and sometimes both shocking and terrifying – this is the uncomfortable truth about the world we live in. And what we must do to change it.
About the Speakers:
Laura Bates studied English at Cambridge University and went on to be a freelance journalist. She has written for the Guardian, the Independent, the New Statesman, Red Magazine and Grazia among others. She is also contributor at Women Under Siege, a New-York based organisation working to combat the use of sexual violence as a tool of war in conflict zones worldwide. She is the founder of the Everyday Sexism Project.
In the 18 years that she has worked for the Telegraph, Bryony Gordon has become one of the paper's best-loved writers. She is the author of the bestselling The Wrong Knickers plus The Sunday Times Number One bestseller Mad Girl which was nominated for a British Book Award. Her weekly column in the Sunday Telegraph has won her an army of fans who have followed her journey from single girl about town to - finally! - settled mum. Bryony is now 37 and lives in Nappy Valley (Clapham) with her daughter Edie and her husband, a financial journalist. The last sentence is one she never thought she would see written down on paper. 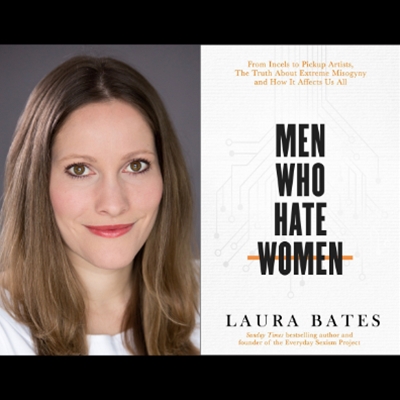