From humble beginnings in Middlesex, where money was scarce but dreams were encouraged, to the award-winning godfather of electronica, Gary Numan has seen it all. His incredible story can be charted in two distinct parts . . .

The first: a stratospheric rise to success quickly followed by a painful decline into near obscurity.
The second: a twenty-plus year renaissance catalysed by a date with a super-fan.

(R)evolution is the rollercoaster rise and fall (and rise) of one man, several dozen synthesisers, multiple issues and two desperately different lives. By turns hilarious and deeply moving, this is Gary Numan in his own words - a brutally honest reflection on the man behind the music.
Price: £20.00
See all Winter Weekend books 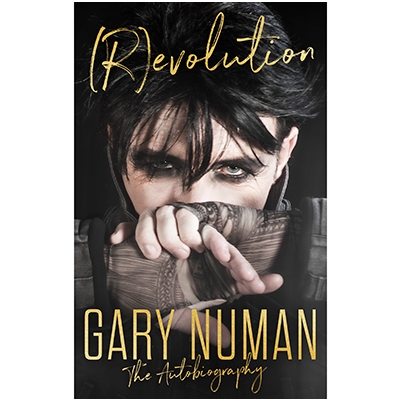