All too plausibly, it seems, popes and scientists are warning us of impending collapse-yet humanity and our fellow creatures could still be looking forward to a long and glorious future: at least a million years of peace and personal fulfilment, with abundant and diverse wildlife. But to achieve this we need to re-think everything that we do and take for granted, from the day-to-day mundanities of growing and cooking, to the economy and methods of governance, to the most arcane reaches of science and metaphysics. It all amounts to nothing less than a Renaissance - a re-birth-and the Renaissance to come must be driven and led by us, ordinary Joes and Jos, because the oligarchy of governments, corporates, financiers, and their attendant intellectuals who now dominate the world have largely lost touch with the moral and ecological realities of life. The transformation won't be easy but - the good news! - millions of grassroots initiatives of all kinds the world over are already moving in the right directions. 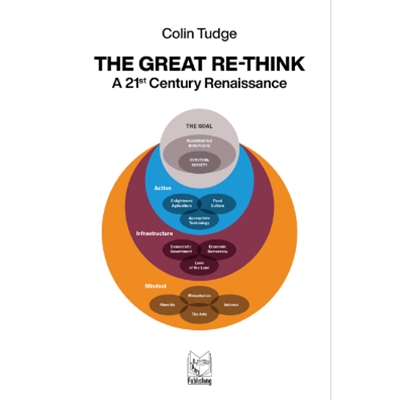