A Library From the Ashes: The Story of Somaliland’s First National Library

From 1988-1991 war devastated Somaliland, and like hundreds of thousands of his countrymen, Ahmed Dahir Elmi was forced to flee. He lived and worked in the UK for 22 years, discovering a love of libraries, and when he returned home in 2011 he took on the challenge of creating the country’s first national library. Over the next eight years, and with the help of Somali-born British journalist and writer Rageh Omaar, Ahmed's dream became a reality. The two talk to Paul Boateng, chair of Book Aid International and frequent visitor to Somaliland, about their personal struggle to bring books to everyone in Somaliland, and how the library is now at the heart of a thriving literary culture. 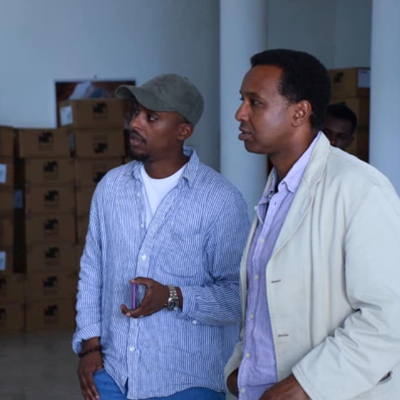