In a sweeping account, Atlantic Wars explores how warfare shaped the experiences of the peoples living in the watershed of the Atlantic Ocean between the late Middle Ages and the Age of Revolution. At the beginning of that period, combat within Europe secured for the early colonial powers the resources and political stability they needed to venture across the sea. By the early nineteenth century, descendants of the Europeans had achieved military supremacy on land but revolutionaries had challenged the norms of Atlantic warfare. Nearly everywhere they went, imperial soldiers, missionaries, colonial settlers, and traveling merchants sought local allies, and consequently they often incorporated themselves into African and indigenous North and South American diplomatic, military, and commercial networks. The newcomers and the peoples they encountered struggled to understand each other, find common interests, and exploit the opportunities that arose with the expansion of transatlantic commerce. Conflicts arose as a consequence of ongoing cultural misunderstandings and differing conceptions of justice and the appropriate use of force.

Examining the contours of European dominance, this work emphasizes its contingent nature and geographical limitations, the persistence of conflict and its inescapable impact on non-combatants' lives. Addressing warfare at sea, warfare on land, and transatlantic warfare, Atlantic Wars covers the Atlantic world from the Vikings in the north, through the North American coastline and Caribbean, to South America and Africa. By incorporating the British, French, Spanish, Dutch, Portuguese, Africans, and indigenous Americans into one synthetic work, Geoffrey Plank underscores how the formative experience of combat brought together widely separated people in a common history.
Price: £22.99 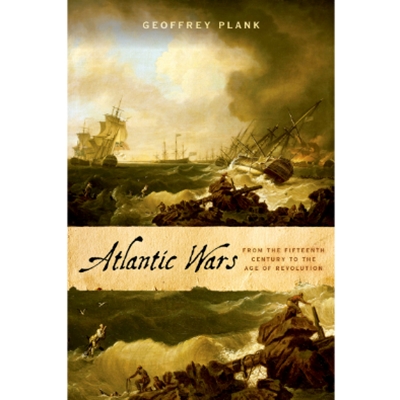