People Power in the Middle East

Exiled writers from Yemen, Iran and Iraq discuss their work and the upheavals in the Middle East with the director of the Writers' Centre Norwich Shahrazad project.

Decades of silence, self-censorship and repression have been confronted by an explosion of social demands and movements for change by the people for the people stretching from Tunisia across the Middle East. What kind of reforms are needed to satisfy the dreams and demands of the people? Join Shenaz Kedar in a panel discussion with exiled International Cities of Refuge writers Mansur Rajih (Yemen), Pegah Ahmadi (Iran) and Basim Mardan (Iraq) for a discussion on these issues and their hopes for the future.
This is a Writers’ Centre Norwich Shahrazad event organised as part of our Norwich City of Refuge scheme and supported by the EU Culture programme.

Writers’ Centre Norwich is a literature development organisation focused on the artistic and social power of creative writing. www.writerscentrenorwich.org.uk

Norwich City of Refuge
Under the auspices of WCN, Norwich joined the International Cities of Refuge Network (ICORN) In July 2006 and remains the only UK City of Refuge. We use literature to raise awareness of issues faced by asylum seekers and refugees in imaginative and engaging ways through a varied arts education programme.

Shahrazad is a Europe-wide collaboration between five International Cities of Refuge that spreads the stories of refugee and exiled writers who have found sanctuary in Europe through the Cities of Refuge Network (www.icorn.org). It is run by literary organizations in Barcelona, Brussels, Frankfurt, Stavanger, Stockholm and Norwich. www.shahrazadeu.org

In association with the Writers’ Centre Norwich 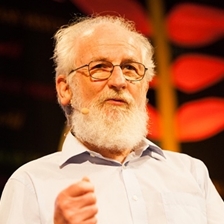