A Dangerous Delusion: Why The West Is Wrong About Nuclear Iran

The authors attempt to avert a potential global catastrophe by showing that the grounds for war do not exist, that there are no Iranian nuclear weapons, and that Iran would happily come to a table and strike a deal. They argue that the military threats aimed by the West against Iran contravene international law, and argue that Iran is a civilised country and legitimate power across the Middle East. Chaired by Bronwen Maddox. 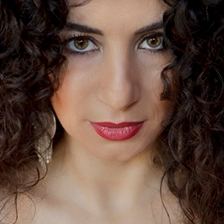