Three of the writers shortlisted for this year’s prize read from their work. Davis (USA) will read from her Collected Stories. N’Diaye (France) reads from Three Strong Women. Husain (Pakistan) reads from his novel Basti.

Intizar Husain was born before Partition in Uttar Pradesh, India, on 21 December 1925. He emigrated to Pakistan in 1947 and now lives in Lahore. He gained a Master’s degree in Urdu and another in English literature. An author of short stories and novels, he worked for the Urdu daily, Imroze, and for the Urdu daily Mashriq for many years. He now writes a weekly column for the Karachi-based English language newspaper Dawn.

A chronicler of change, Husain has written five novels and published seven collections of short stories. Only one of his novels is translated into English and there are five volumes of his short stories published in English translations. Naya Gar (The New House) paints a picture of Pakistan during the ten-year dictatorship of General Zia-ul-Haq. Agay Sumandar Hai (Beyond is the Sea) contrasts the spiralling urban violence of contemporary Karachi with a vision of the lost Islamic realm of al-Andalus, in modern Spain. Basti, his 1979 novel, which traces the psychic history of Pakistan through the life of one man, Zakir, has just been republished as one of the New York Review of Books Classics. Keki Daruwalla, writing in The Hindu in 2003, said ‘Intizar Husain’s stories often tread that twilight zone between fable and parable. And the narrative is spun on an oriental loom.’

Marie N’Diaye, born on 4 June 1967, is a French novelist and playwright. Her father, who was Senegalese, returned to Africa when she was a baby, and she was raised by her French mother, a secondary-school science teacher, in a town called Pithiviers, south of Paris. She began writing at the age of 12. Her first novel, Quant au Riche Avenir (Regarding the Rich Future) was published when she was 18 by Jérôme Lindon, who had been Samuel Beckett’s great champion. Rosie Carpe (2001) won the Prix Femina, and Papa Doit Manger (Daddy’s Got To Eat), a play she wrote ten years ago, was only the second play by a woman to be taken into the repertoire of the Comédie Française. Her most recent novel, translated into English as Three Strong Women and published in the summer of 2012, won France’s most respected literary prize, the Prix Goncourt in 2009. Fernanda Eberstadt in the New York Times described it as ‘the poised creation of a novelist unafraid to explore the extremes of human suffering’, and said that N’Diaye is ‘a hypnotic storyteller with an unflinching understanding of the rock-bottom reality of most people’s lives.’ 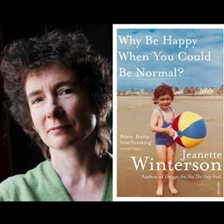