This story of a young Nigerian-German psychiatrist in New York City five years after 9/11 was a finalist for the National Book Critics Circle Award, and won both the PEN/Hemingway Award and the Internationaler Literaturpreis. ‘A powerful and un-nerving inquiry into the human soul. Open City is ‘a profoundly original work, intellectually stimulating and possessing of a style both engaging and seductive.’ – Time Magazine. John Sibi-Okumu is a Kenyan playwright (Role Play and Minister Karibu) journalist and actor best known internationally for his role in The Constant Gardener. 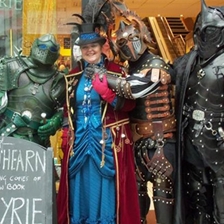