The eldest daughter of Edward IV would have ruled England but for the fact that she was a woman. At seventeen she was relegated from pampered princess to bastard fugitive, but the probable murders of her brothers, the Princes in the Tower, left Elizabeth heiress to the royal House of York, and in 1486 Henry VII, first sovereign of the House of Tudor, married her, thus uniting the red and white roses of Lancaster and York. Chaired by Peter Florence. 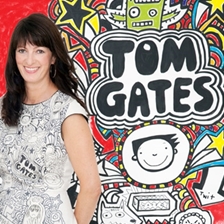