The Catholics of Elizabethan England did not witness a golden age. Their Mass was banned, their priests were outlawed, their faith was criminalised. In an age of assassination and Armada, those Catholics who clung to their faith were increasingly seen as the enemy within. It is a tale of dawn raids and daring escapes, stately homes and torture chambers, ciphers, secrets and lies. Chaired by SJ Parris. 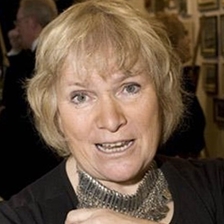